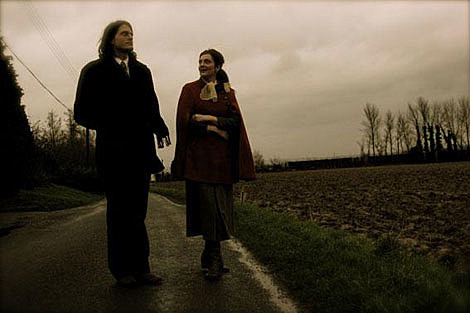 Holly Golightly & The Broke-Offs - that's UK singer-songwriter Holly and collaborator Lawyer Dave - are playing select US dates. Their tour kicks off November 26th in Georgia and they perform at Mercury Lounge in NYC on December 10th. Tickets are on sale. Then next night they play Maxwell's in Hoboken with Fat Possum Records' T-Model Ford. Tickets for that are up too.

According to their website: "[Holly Golightly & The Broke-Offs] are currently over in the states writing and demoing songs for their, as yet untitled, third album together which is due for release in February 2010 and Holly is also putting the finishing touches to a brand new compilation which is due out on Damaged Goods around Christmas."

Holly & Dave put out an EP, Devil Do, in October on the Transdreamer label. See them in a live session, with all tour dates, below...