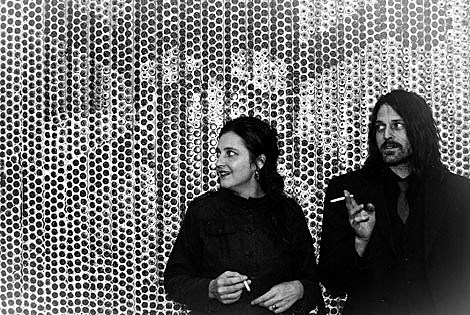 Ms. Golightly's band on the album and an upcoming tour is the Brokeoffs--comprised of one man, the Texas singer and multi-instrumentalist known as Lawyer Dave. In addition, he is the co-owner of the Georgia farm where the two musicians write separately, then converge to hash out the final form of the songs. "There are two ways to argue with her. Neither one works," Lawyer Dave says. Lyrics are a frequent sticking point. Lawyer Dave has "a lot less shame when it comes to the English language," he says. The duo has compiled a list of words and phrases that they have agreed not to sing, including "Florida" and "make love." [Wall Street Journal]

Holly Golightly heads out on tour this April for dates around the South and the West Coast. East Coast shows happen this June. She'll be at Knitting Factory on June 10th (tickets) and Mercury Lounge on June 11th (tickets).

The new record, Medicine County, came out March 30th on Transdreamer Records. The lead track from that is above. Album art, tracklist, and all tour dates are below... 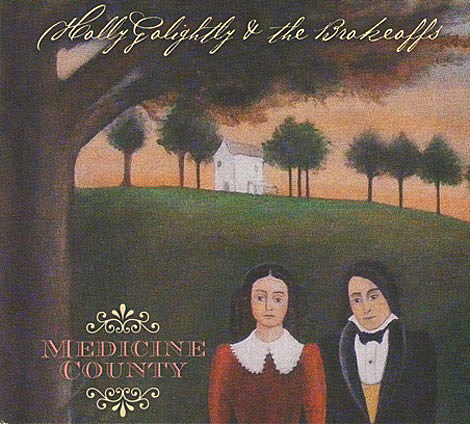