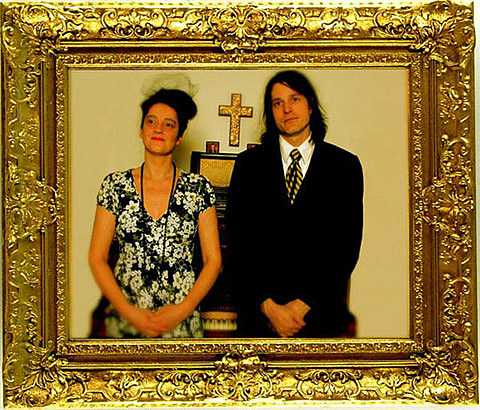 Holly Golightly & The Broke-Offs spend tonight (5/4) at the M Room in Philadelphia, and will descend upon NYC tomorrow for Thursday and Friday night shows. Tickets are still available for both their appearance at Mercury Lounge on May 5th and Knitting Factory on May 6th. Daniel Wayne will support at Mercury while Patrolled By Radar and Stately Ghosts will support at Knitting Factory.

Holly Golightly & The Broke-Offs have the day off on May 9th, the day that their new LP No Help Coming hits the racks. The LP, due via Transdreamer, features nine new tracks and covers of Bill Anderson's "The Lord Knows We're Drinking," Mr. Undertaker's "Here Lies My Love," and Wendell Austin's "L.S.D. Made a Wreck of Me". In addition, Holly Golightly will welcome a re-issue of Desparate Little Town, her collaborative LP with Dan Melchior due on Damaged Goods, also on May 9th.

During Holly Golightly's current trek, after NY, she'll do a string of dates with Wanda Jackson who will also be through NYC soon as part of her own tour. Wanda plays a free show with Imelda May at Central Park Summerstage on July 27.

All HG tour dates and some streaming audio is below.

--
Holly Golightly & The Brokeoffs - The Rest Of Your Life

"The Whole Day Long" by Holly Golightly & The Brokeoffs