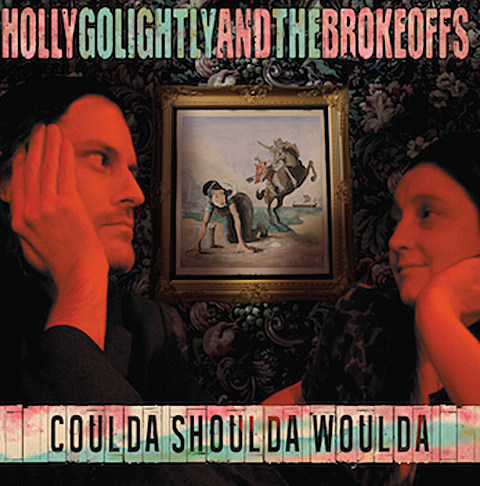 Onetime Thee Headcoatees member and prolific artist in her own right Holly Golightly is having an especially busy year. She'll release Slowtown Now on August 21 via Damaged Goods Records which she made with a band of UK musicians. You can stream "As You Go Down" from that below.

Then in October she'll release the more acoustic-based Could Shoulda Woulda via Transdreamer, which is with The Brokeoffs (aka her multi-instrumentalist husband Lawyer Dave). We've got the premiere of "What He Does," a song in the fine country cautionary tale tradition, or as Golightly says, "It's an advisory note. I mainly just wanted to incorporate the word 'cockdicking' in to a song. That opportunity doesn't come up often enough, by half." Have a listen below.

Holly Golightly & the Brokeoffs toured extensively in 2014 but no word on tour dates for these two albums just yet. Stay tuned.