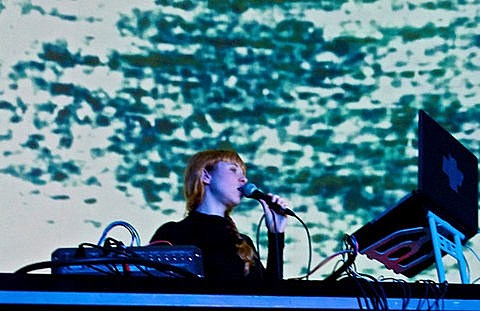 As discussed, St. Vincent is going on a tour which begins in NYC at Terminal 5 next week (2/26), and the openers for the tour have finally been announced. Experimental soundscaper Holly Herndon opens the first five nights of the tour, and then atmospheric guitarist Noveller takes over for the rest of the dates. The NYC show is sold out, but if you have already tickets, it's worth getting there on time for Holly's set. Watch the video for her recent single "Chorus" below.

She'll also be at SXSW, where she'll play the NPR showcase with Perfect Pussy, Damon Albarn and Kelis.

All dates are listed, along with the Holly Herndon video, below...