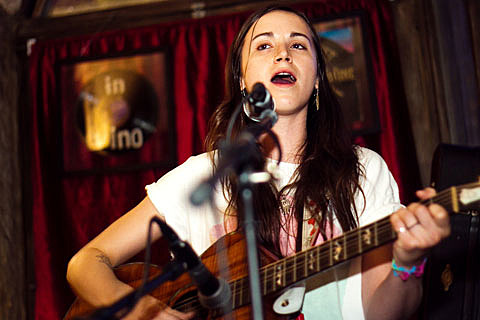 The Most Cake: So, just before we sat down, we were talking about our mutual love for the band Fucked Up. How likely are we to see you moshing to them this evening [at the Truck Festival]?

Holly: Not likely, not after last time. I got punched square in the nose, right here (Holly points at her nose), and then had to go on tour right afterwards with Tegan and Sara, and then every time I would touch my nose they made fun of me. I mean, I punched the guy back and we just kept going. It was fair game. But I think I'll probably stay away from the mosh pit tonight.

The Most Cake: With the T+S tour, I imagine you got to witness that crazy kind of fame those girls have. They seem to have a very fanatical following. Does it scare you, the more intrusive side of that...all the YouTube bitchiness?

Holly: That's not something i've had to deal with much so far. But I have friends who have to deal with it on a constant level. I don't know...it doesn't look like a lot of fun, basically *laughs*. It looks like it kinda sucks. I think it's the anonymous, crazy online comments and messages and that kind of shit that's really soulless to me. It doesn't really have anything to do with the music anymore, or the person who's receiving it. It's just kind of about getting really intensely involved in their lives. I don't know; it baffles me a little.

Holly: Well I'm always listening to Otis...I'm always listening to old soul. But lately I've really been into Little Dragon; I like her a lot. I saw her in December in LA play a show at the El Rey which was awesome. I like the new Yeasayer record, thought I haven't gotten to see them live. This band we were on tour with on the east coast, called Braids, from Montreal; they're incredible. Umm. Who else? Oh, Dave Sitek? The guy from TV on the Radio who produced my album? He has a solo work coming out under the name Maximum Balloon that is epic. He did all the music and then had a different singer coming in, so there's Karen O, David Byrne, Katrina Ford, the chick from Little Dragon, I did a song, Ambrosia Parsley from Shivaree. It's really really good.

Like the Antlers and Nicole Atkins before her, Holly Miranda was paired with wine for a "Vivo in Vino" show in the East Village on Sunday night (August 8th) (Holly played Prospect Park with Metric three days earlier). Her set, as Kyle points out below, was "comprised almost entirely of covers. she played covers by: the smiths, leonard cohen, jealous girlfriends, johnny cash, lauryn hill (ex factor sing-a-long), and some others that are slipping my mind. also played "waves". i think she did about 8 or 9 in total, but wasn't really counting. stunning show."

The full setlist and more pictures from the intimate event below... 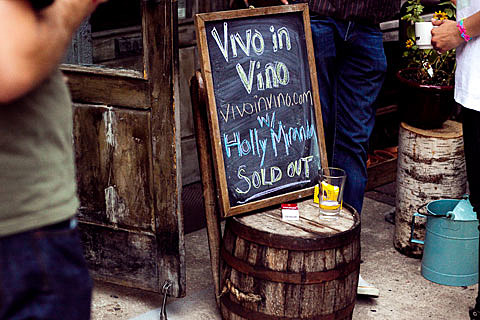 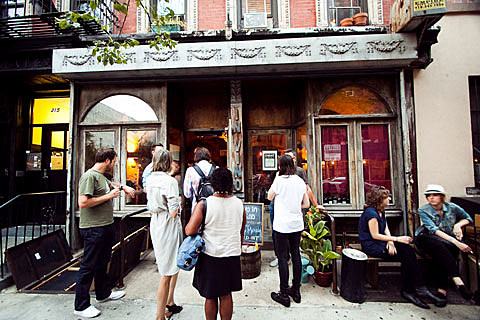 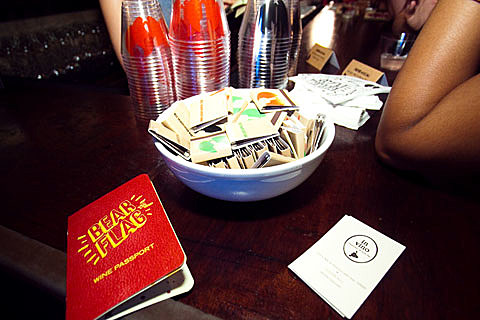 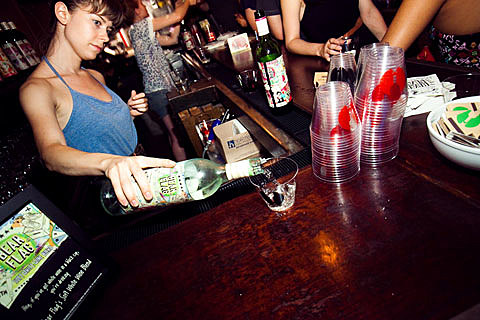 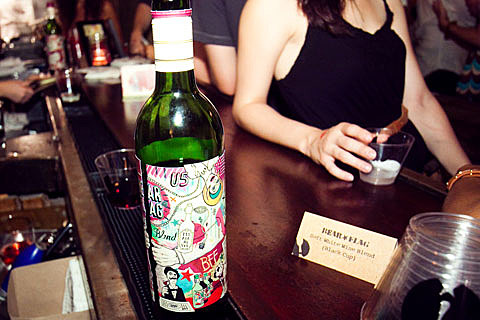 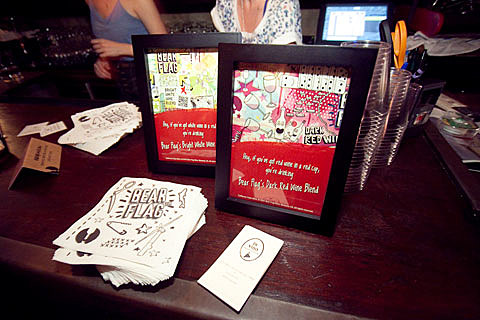 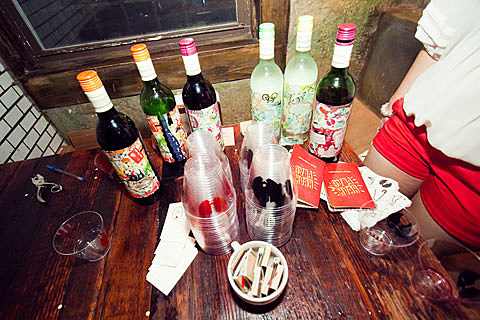 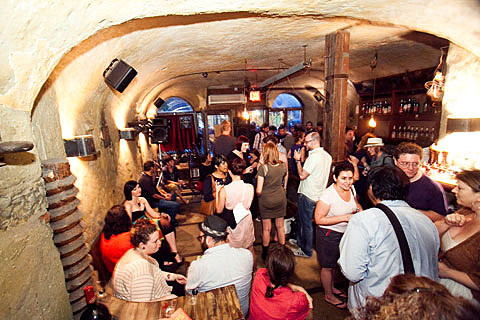 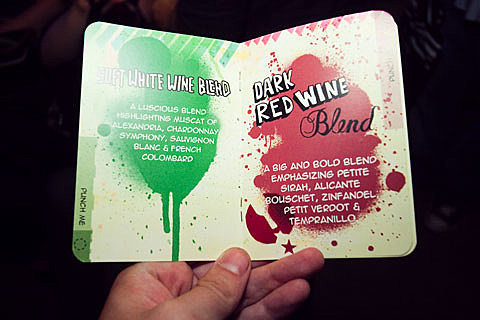 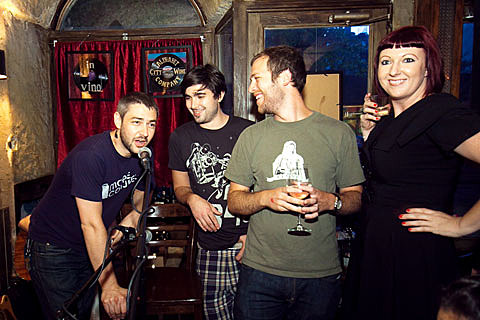 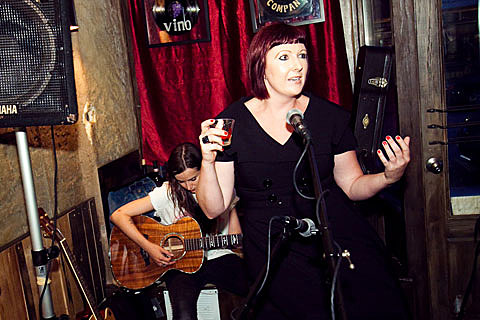 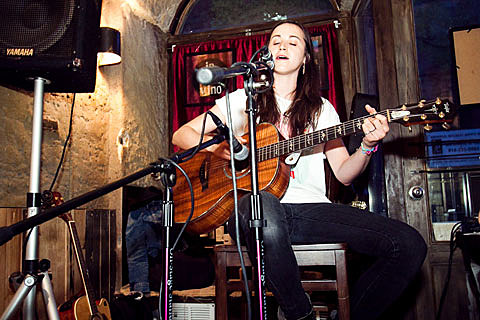 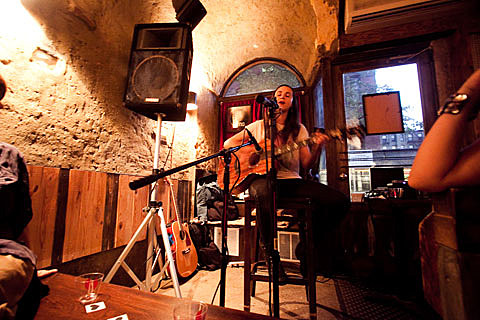 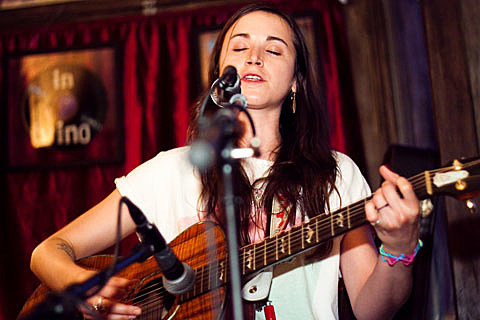 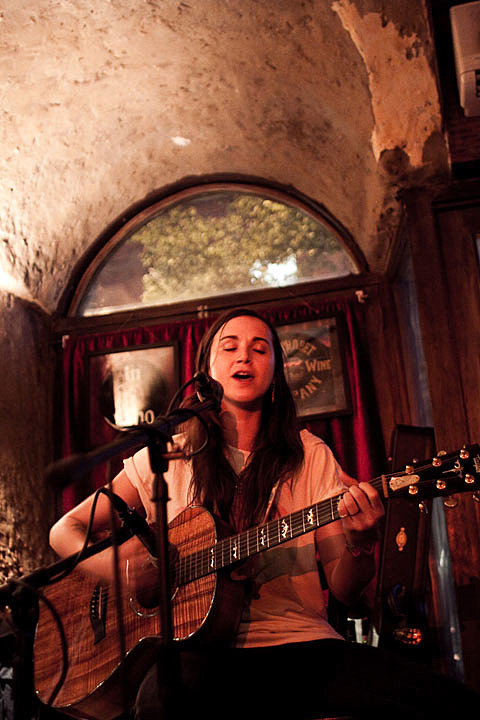 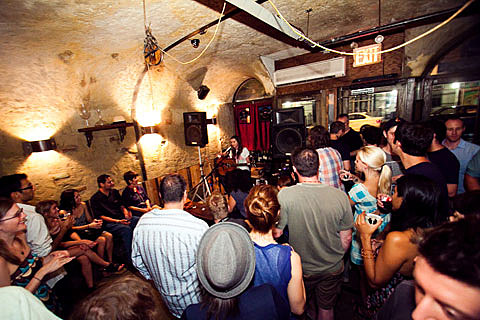 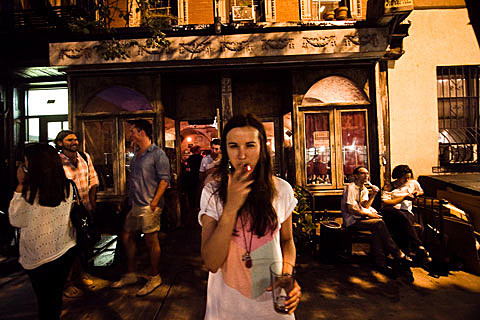 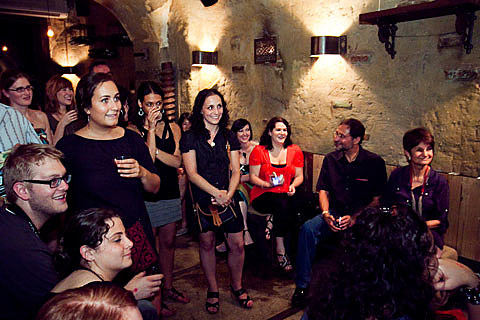 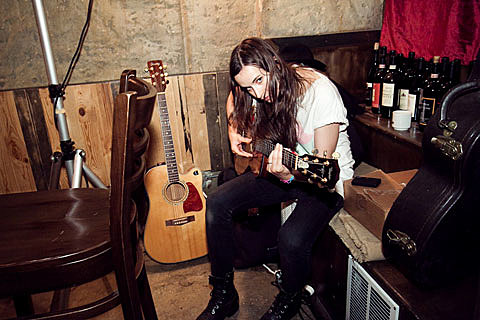 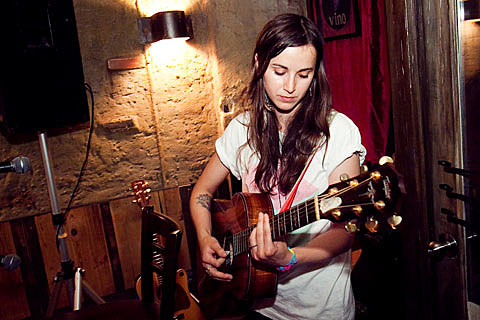 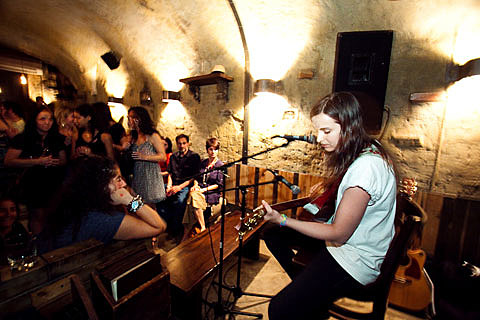 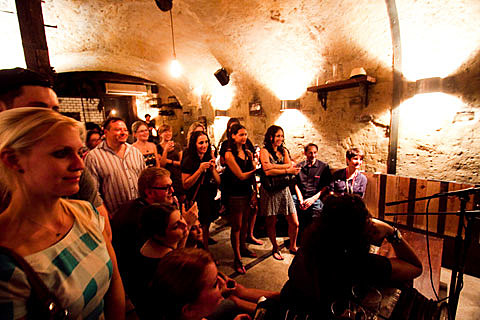 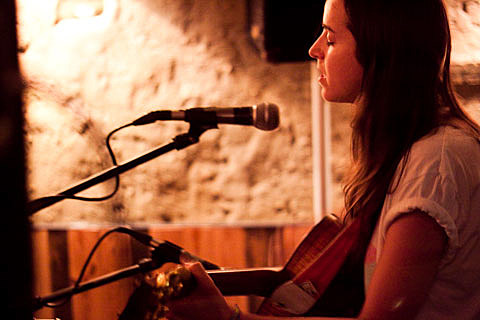 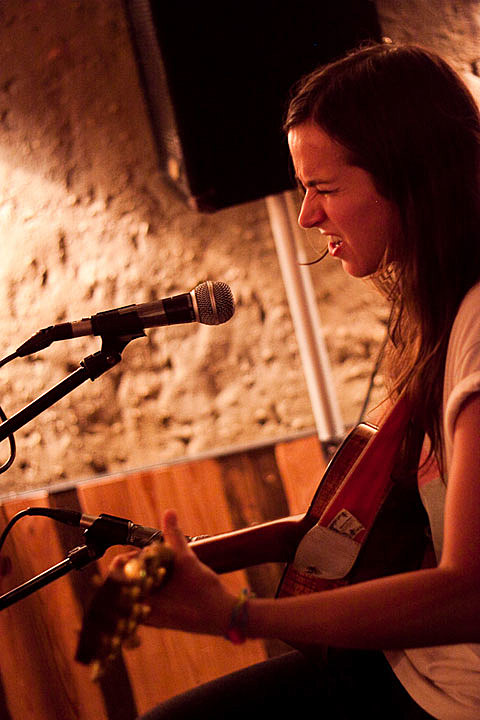 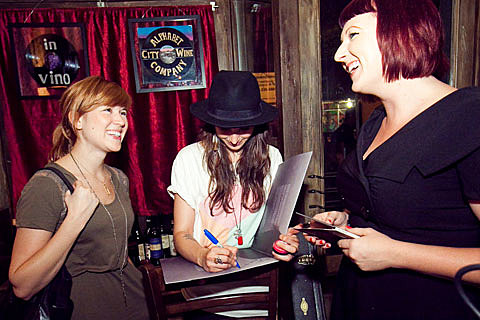 Setlist (via)
Please, Please, Please Let Me Get What I Want
Waves
I'm Your Man
Secret Identity
Glass, Concrete, & Stone
I'd Rather Be Blind
I'm on Fire
God Damn the Sun
Ex-Factor