Holly Miranda at Terminal 5 in 2010 (more by David Andrako) 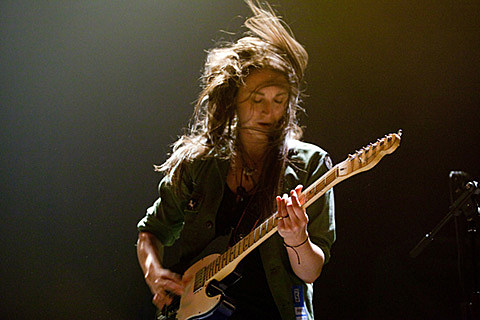 Holly MIranda, who has a new solo album and an album with Scarlett Johansson's band on the way, has been added as the opener to Broken Social Scene co-founder Brendan Canning's previously discussed tour. That tour hits NYC on October 24 at Mercury Lounge, and tickets for that show are still available.

After the tour ends, Holly will play a headlining NYC show on October 29 at Knitting Factory with Kendra Morris and Domino Kirke. Tickets for that show are on sale now. All dates are listed below.

Meanwhile, the other Broken Social Scene co-founder, Kevin Drew, will be in NYC soon before Brendan, as he is part of the recently announced initial CMJ 2013 lineup. What show(s), he'll be playing is still TBA. CMJ runs from October 15-19.

All Holly Miranda dates are listed, along with a video, below...