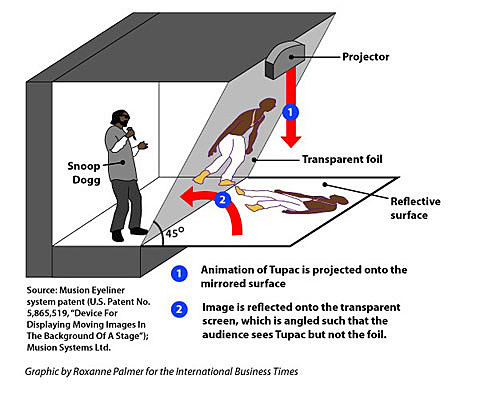 "The "resurrection" of rapper Tupac Shakur wowed audiences at the Coachella music festival. But the illusion isn't a hologram, as some have reported -- it's actually a 2-dimensional video cleverly projected using technology based on an old theatre trick." [Roxanne Palmer @ IBTimes]

Not-hologram Tupac performed with Snoop Dogg & Dr. Dre at Coachella over the weekend (and presumably will again at Coachella this coming weekend). Watch the video HERE.

And check out more pictures from Coachella HERE, HERE and HERE.