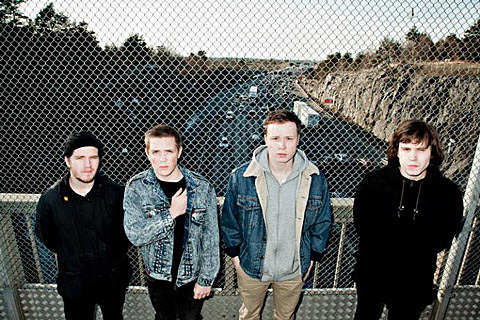 We just posted about a whole bunch of new albums that are up for streaming and here's another. Sweden's Holograms mine familiar territory in this day and age, Joy Division, The Cure and Wire, but do it with a harder-edged punk spin than most, as can be heard on their second album for Captured Tracks, Forever. The LP is out next week (9/3), but you can stream it now in this post.

The LP is the follow-up to the band's debut offering which hit last year and was accompanied by US tour. So far no word on any dates on our shores.

You can however see lots of other Captured Tracks bands this weekend at the label's two-day, CT5 fifth anniversary festivities. Album stream below.