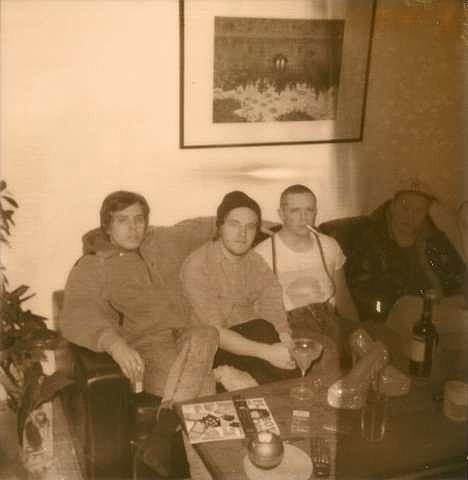 Stockholm, Sweden's Holograms will release their self-titled debut via Captured Tracks on July 10. The band will be in North America in late summer, stopping at Mercury Lounge on September 4 before heading to the Hopscotch Music Festival (Sept 6 - 8) in Raleigh, NC. Tickets for the Mercury Lounge show go on AmEx presale today at noon with general on-sale Thursday (6/21) at noon.

With bleating synths, jagged guitar lines and the occasional skronky sax, Holograms is angry, attitude-heavy post punk that doesn't skimp on the hooks. (Fans of early Bunnymen and Iceage take note.) You can download "Chasing My Mind" at the top of this post and you can watch a couple videos at the bottom of this post.

While a full tour hasn't been announced, Holograms do have a few other North American dates in September scheduled, all of which are listed below.