I heard that everywhere Holy Fuck played (during SXSW) was packed with people. My own party at the 600-capacity Emo's Annex on Thursday afternoon (March 13) was no exception. Holy Fuck were scheduled to play at 5:20. By 5:00 (around the time Phosphorescent was leaving the stage), we were completely 'sold out' and a line started to form down the street. I was honestly a little suprised (as surprised as I was when the opposite happened to Shearwater when they played their 1am set after Martha Wainwright at my official showcase the night before). 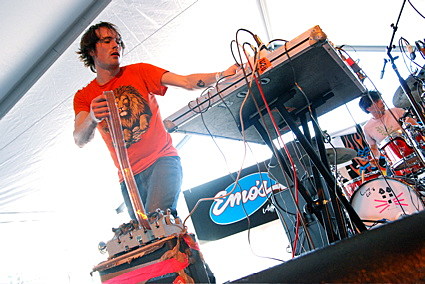 Anyway, the place was filled and HF proceeded to play a fantastic, dancetastic set that pretty much everyone I talked to was in turn talking about - especially the part where they loop that film through that thing and it makes that noise....(see above). I heard they also *killed it* at Rachael Ray's, and Matt YANP said "they're darn near perfect" after catching their Wednesday set at a Gorilla vs Bear day party.

Eduardo once compared them to Battles in the comments. I think that's a good one. They both have a similar mostly-instrumental-electronic sound and are both good, but Battles were able to headline Webster Hall already and Holy Fuck are just reaching the point where they're touring as the opener for one of their label-mates (Super Furry Animals) and co-headlining Music Hall of Williamsburg in Brooklyn (with A Place To Bury Strangers on March 22). I think that's because Battles had a really catchy hit song (relatively speaking) and a little more help, but if the buzz at SXSW is any indication, Holy Fuck will definitely be right there with them in no time - the more old fashioned way. Oh yeah, tickets for Saturday's show are still NOT YET SOLD OUT. All dates and more SXSW photos below...... 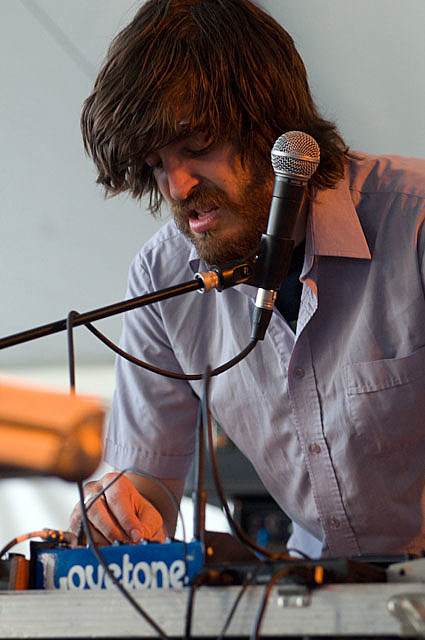 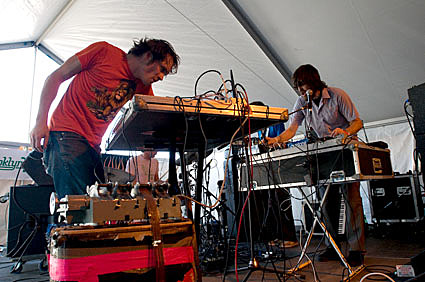 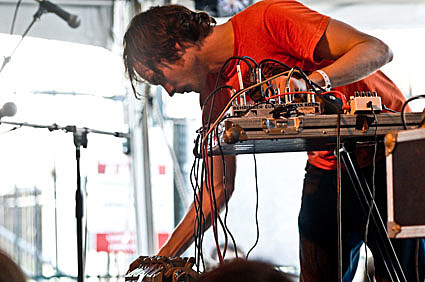 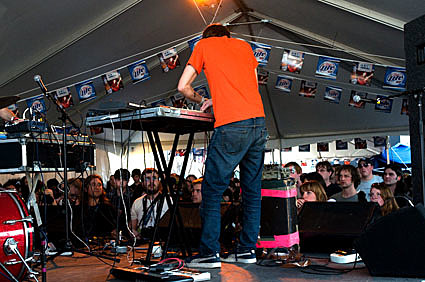