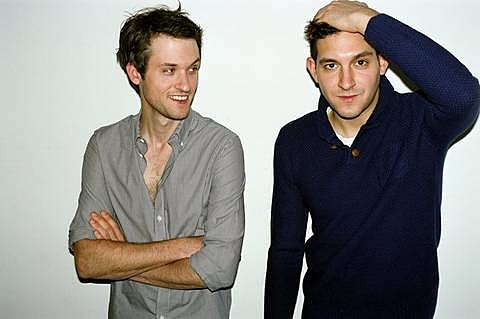 As mentioned, Lucero plays two nights at Brooklyn Bowl (one with Nude Beach) before playing New Year's Eve at Wellmont Theatre with The Hold Steady. But Brooklyn Bowl will host a very different type of show on New Year's Eve, when DFA duo-turned-live-band Holy Ghost! plays a set with special guests. $45 tickets for the Holy Ghost! show are on sale now.

Like Kanye West, who also celebrates New Year's Eve in the NYC area, Holy Ghost! were scheduled to play UR1 Festival in Miami (12/8-9). However, Miami New Times is reporting that the festival will be postponed due to predictions of heavy winds that weekend (via Pitchfork).

Holy Ghost! released a new single, "It Gets Dark," at the Brooklyn Flea Record Fair last month, and have since put the track out digitally. The track is pretty great and you can stream it below.