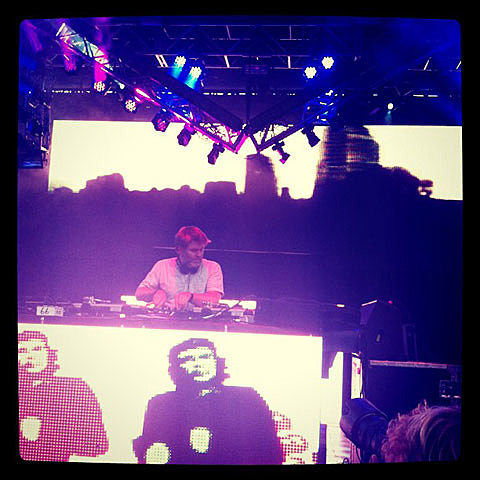 Holy Ghost! play a Fashion Week party at the Tribeca Grand hotel tonight (9/13). Additional sounds will be made by DJs Pat Mahoney (LCD Soundsystem), Harley Viera Newton, Steven Rojas, Mike Nouveau, and Mandy Brooks. The invite says to RSVP at Events@GrandLifeNYC.com. The DFA-signed Holy Ghost's only other upcoming show at the moment is 11/4 at Grog Shop in Cleveland.

Speaking of DFA, Juan Maclean has some DJ gigs coming up including September 25th at Cameo Gallery in Brooklyn, part of Asa Ransom's residency. All JM dates are listed below.

As just mentioned, Free Energy are playing this year's CMJ Music Marathon in NYC. To be more exact, their show is at Brooklyn Bowl on 10/22 with Gotye, The Good Natured, and Bleeding Knees Club and you can get tickets now. All of their dates are listed below...