Holy Other in the UK in June (via Rachael Smith) 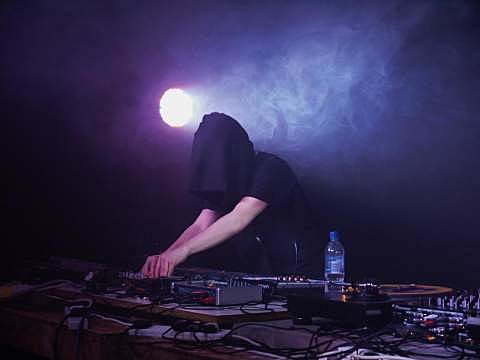 Manchester producer Holy Other, who released the excellent debut LP, Held, back in August and was in NYC earlier this month for Warm Up at MoMA PS1, two shows with Amon Tobin as part of their ongoing tour, and a secret show at 285 Kent, will return to NYC for a FIXED show at Le Poisson Rouge on October 20. The show falls on the last night of CMJ, though it doesn't appear to be part of the festival. The bill at LPR is rounded out by a solid lineup of Vatican Shadow, Autre Ne Veut, Orthy, and FIXED regulars JDH & Dave P. Tickets for that show are on sale now. After the NYC show, Holy Other will head across the pond to support Beach House on their European tour.

Speaking of FIXED shows at Le Poisson Rouge, the previously discussed live John Talabot feat. Pional show with Blondes happens this Thursday (9/27). There are also FIXED shows at the Manhattan venue on October 6 with Tiger & Woods, Bicep, Jacques Renault, and Paul Raffale; and November 3 with The Magician and Mighty Mouse. Tickets for all of those shows are on sale now.

The Magician used to be a member of Aeroplane, which is now the solo project of Vito De Luca. Aeroplane plays a FIXED show at HIghline Ballroom on October 5 with Catz 'n Dogz. Tickets for that show are on sale now.

An updated list of Holy Other dates and a stream of Held's title track are below.