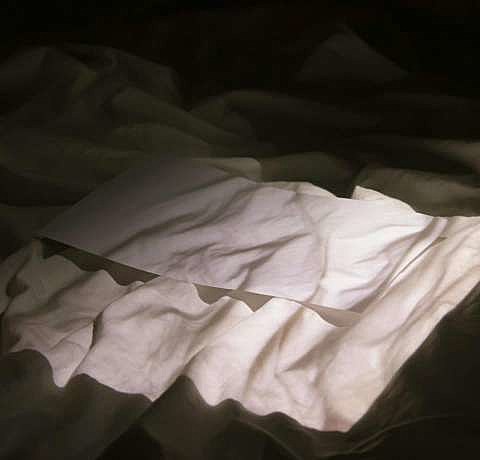 As mentioned, Manchester's Holy Other is set to release his debut LP, Held, on August 28 via Tri Angle and make his US live debut around the same time. We already knew he'd be playing Warm Up at MoMA PS1 on September 8 with Thom Yorke's Atoms for Peace (DJ set), Rustie, Maria Minerva, and Justin Strauss (tickets), but we now know that while he's here he'll be heading out on a full tour as a supporting act for Amon Tobin's ISAM live.

As mentioned, that tour hits the NYC area for shows on September 13 at Wellmont Theatre in Montclair, NJ and September 14 at Hammerstein Ballroom. Tickets for the Wellmont show and the Hammerstein show are still available.

If you missed it the first time around, Held's lead track, "Love Some1," can be streamed below. It's coming from a similar place as the material on Holy Other's With U EP, and is a great preview of what the new album sounds like, but Held is more than a continuation, it's a complete statement. Trademark Holy Other characteristics like murky bass and ghostly vocal samples are in tact, but while those traits are often used as vices in much of the post-dubstep world, here they are small pieces of Held's much larger puzzle.

On With U standout, "Touch," the repeated lyric, "I've been looking for your touch," was drilled into your head to the point that you forgot what the words actually mean. But on Held, few of the words are discernible enough to even attempt to take meaning from. Instead, sounds are shifted and morphed to create moods and atmospheres that reach far beyond that.

The "Love Some1" stream and a list of all dates are below.