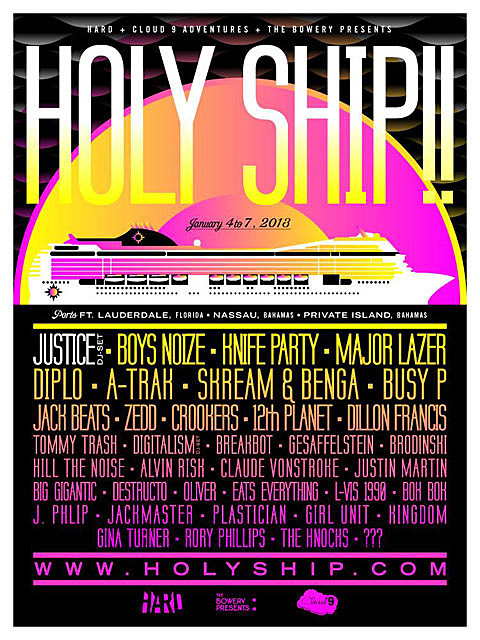 Though there may be another release of tickets, the 2nd annual electronic music cruise Holy Ship!! sold out before any acts were announced. Or to be more specific:

Everyone who purchased a pre-book for HOLY SHIP!! will receive a token May 22 with a booking time to reserve a cabin. Only one pre-book is valid per cabin. Cabins can be booked by token holders anytime after the token goes live up until June 20. Token holders who do not book by June 20 are no longer guaranteed a cabin. If any cabins remain after this initial booking period, those who are on the wait list will be contacted.

If the rest of the cabins aren't taken by those on the waiting list, then they'll be released to the general public.

Here's who ticket holders will get to see at the event taking place Friday, January 4 through Monday, January 7, 2013. Complete lineup listed below...