photo by by Eliza Sohn 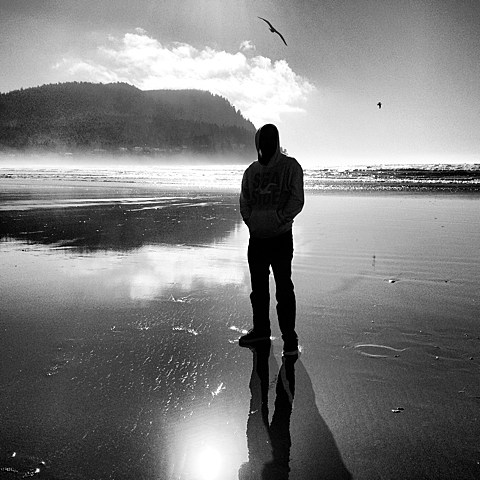 Holy Sons, one of the projects of Emil Amos (Grails, Om, etc) are releasing their new album and first for Thrill Jockey, The Fact Facer, on September 23 (pre-order). We're now premiering its gorgeous new single called "All Too Free," a contemplative and occasionally haunting song with ample breathing space. The vocals are one of several highlights. Give it a listen below. The album comes with bonus tracks, including covers of Black Flag, Circle Jerks and Slapshot, which you can stream below.

Emil is debuting Holy Sons' brand new backing band on August 25 at Stage 48, opening for Sleep (whose singer/bassist Al Cisneros plays with Emil in Om). That show (which is now sold out) is one of a few live dates for Sleep, who recently released their first new song in 20 years. Holy Sons also play a record release show at Union Pool on 9/25 with Chris Forsyth & the Solar Motel Band. Holy Suns are on at 11, and tickets are on sale.

Emil and Al's awesome stoner doom band Om will be on the road soon too, and will land in NYC at Le Poisson Rouge on 10/5 with Watter.

High On Fire, which features Matt Pike of Sleep, are touring, too. Read our review of last week's Brooklyn show.

Song streams and lists of tour dates, below...