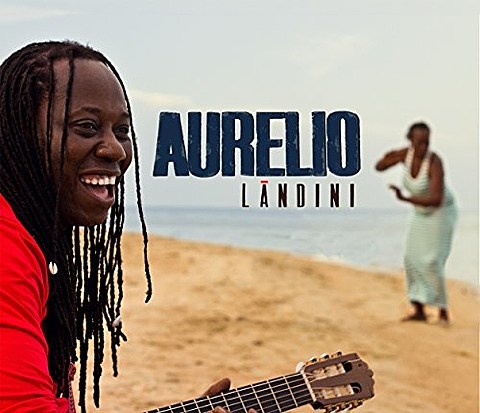 The leading light of Garifuna music has come home to roost. After his adventurous 2011 release Laru Beya--for which he traveled to Senegal and recorded with West African musicians--Aurelio understood anew that his strength as a musician lay in his own roots. The Garifuna people descend from escaped African captives who interbred with Carib Indians on the island of St. Vincent for a century before being forcibly moved to the Central American coast by British colonials. On Honduran shores, young Aurelio used to listen to the fishermen coming home at sunset and lingering into the night to sing paranda songs by the sea. All this happened at the landing, the landini, the image that gives this album's title its most literal meaning.

This set of 12 rootsy songs was recorded under the direction of Aurelio's longtime producer Ivan Duran of Stonetree Records. Duran, who has produced a series of exemplary Garifuna releases, has mastered the sound--open and airy, deceptively simple, but graced with crisp percussion, layered vocals, and subtle tasty guitar sounds, from ambient slides to crunchy chops and melodious breaks. Voices are paramount, for these are first and foremost stories about love affairs, births, deaths and boats lost at sea. Duran notes that it is the collective sharing of an experience that gives a Garifuna song a long life in the community. [by Banning Eyre for Afropop Worldwide]

The above review is of Aurelio Martinez's newest and third album, Landini, which follows 2011's Laru Beya and 2004's Garifuna Soul. Aurelio's a Honduran musician and a member of the Garifuna community, and in addition to music served in the Honduran National Congress (the first black member of the congress) which explained the big gap between his first two albums. Since Laru Beya though, music seems to be a continuing concern, considering it only took three years to get out its followup. And now Aurelio has plans to come to the US for a tour here.

The tour begins in Teaneck, NJ on Friday (11/14) and then comes to Elmira, NY (11/18) before hitting NYC on November 22 at Symphony Space in the Peter Jay Sharp Theater. Tickets for that show are on sale now.

All dates (including New Year's Eve in Portland, OR) are listed, with a video of him playing "Irawini" from the new album, below...