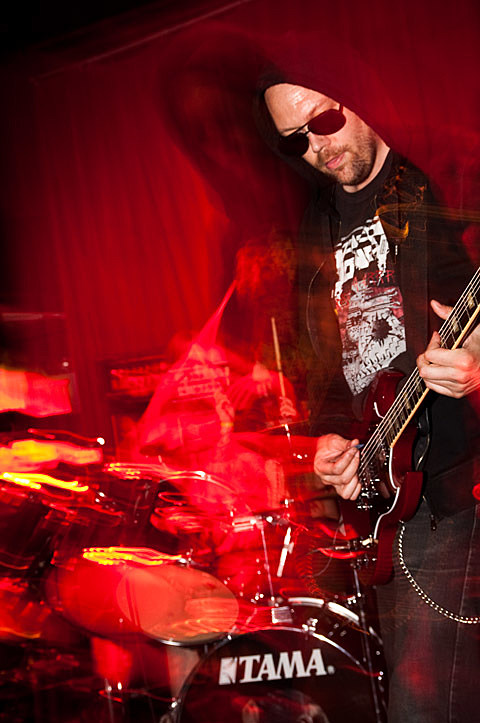 It's been more than a year since Hooded Menace sat atop a stacked bill of Negative Plane, Ilsa and Anhedonist at Union Pool, but I remember it like it was yesterday. It was just one of those shows that sticks with you. Hooded Menace's crawling death-doom was booming, larger-than-life and just plain stunning on that gorgeous June evening.

Hooded Menace's focus was on their then-recent LP Never Cross the Dead but now the Finnish band has a new one: the forthcoming Effigies of Evil LP out via Relapse on September 11. Check out two new tracks from the LP, including "Summoned into Euphoric Madness" which makes its debut here. Both are below.

Speaking of that show at Union Pool, don't miss Ilsa when they team with Gehenna, Young and In The Way, Psychic Limb and Skin Like Iron at Acheron on Friday 8/10.

So far no US dates scheduled for Hooded Menace, but hopefully that will change soon. Until then, stream the two new songs below.