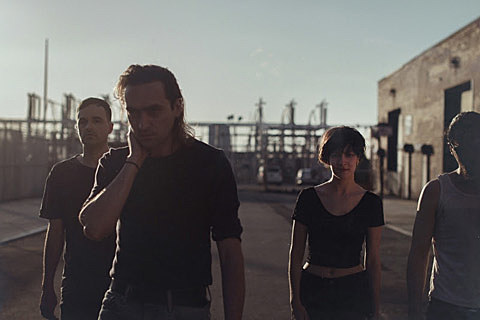 Hooray for Earth will release their new album, Racy, via Dovecote on July 29. Produced by Chris Coady (Yeah Yeah Yeahs, Grizzly Bear, Beach House), the album's first single is the anthemic "Keys" which you can stream below. You can also check out the creepy/cool Beau Burrows and Tucker Bliss-directed video below as well.

Right after Racy's release, Hooray for Earth will be going on tour with Grooms. That trek wraps up in NYC at Bowery Ballroom on August 23 and tickets are on sale now.

Grooms have a new album on the way too, release date TBA. All tour dates, plus album art, tracklist and "Keys" stream/video, below...