photo: Hop Along at Baby's in May (more by Amanda Hatfield) 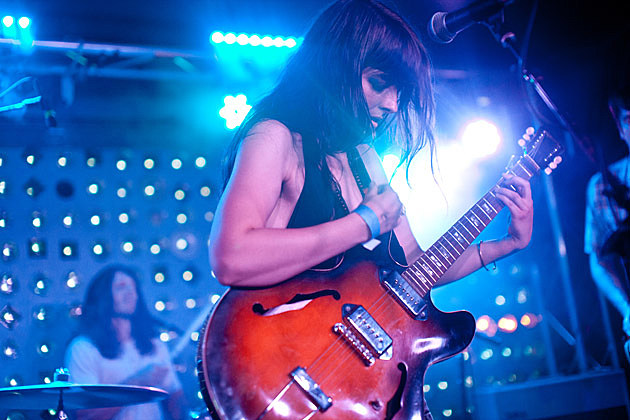 Hop Along have been doing a lot of touring this year in support of their excellent new album, Painted Shut, and they'll continue to do so through late fall. The new dates include their largest headlining NYC show yet, Bowery Ballroom on December 12. Opening is the similarly great Radiator Hospital, plus Des Ark. Tickets for that show go on sale Friday (8/14) at noon.

Hop Along singer Frances Quinlan will be in NYC sooner than that to open for Deer TIck singer John McCauley at City Winery. We already mentioned the September 7 show, which is now sold out, but a September 8 show was since added. Frances opens both. Tickets for 9/8 are on sale now.

All Hop Along dates are listed below...