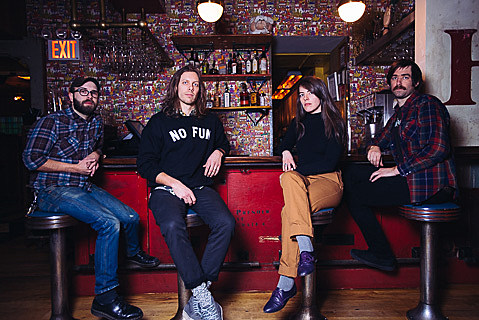 Hop Along have put out a second single from their new album Painted Shut, which is due May 5 via Saddle Creek (their first for the label). The new one's called "Powerful Man" and it's got choppy, crunchy Weezer-esque verses, plus a classic-sounding guitar solo from Joe Reinhart. It's also a dark song, lyrically. Singer Frances Quinlan told The FADER it's about witnessing a boy getting beaten up by his father in front of a school when she was 18. Listen below.

The band's tour hits NYC on May 5 at Rough Trade (tickets) and May 10 at Baby's All Right (tickets). Both are with Thin Lips. Updated tour dates are listed below...