Hop Along at BV-CMJ 2013 (more by Amanda Hatfield) 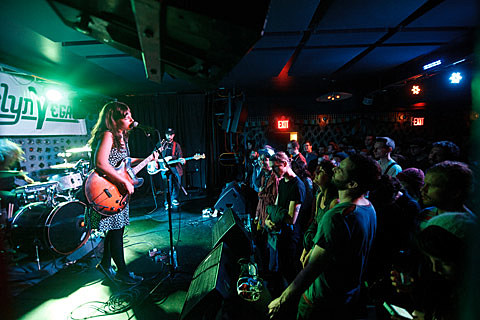 We at BrooklynVegan are thrilled to announce that we've teamed up with Shiner and Transmission Events to put on a free show in Brooklyn on February 24 at Saint Vitus. Some pretty exciting bands currently from (or at one point tied to) the Philly indie rock scene are coming over for the show, including Hop Along, Swearin', and Great Thunder (aka Waxahatchee's Katie Crutchfield and Keith Spencer of Swearin'/Waxahatchee's live band). The show is totally FREE, though you do need RSVP, but "RSVP admission is on a first come first served basis, subject to capacity of the venue." Flyer below.

Swearin' also have other dates, and Hop Along also open for Paint It Black soon.

Streams from all three bands and the show flyer below...

Swearin' - "Dust in the Gold Sack" 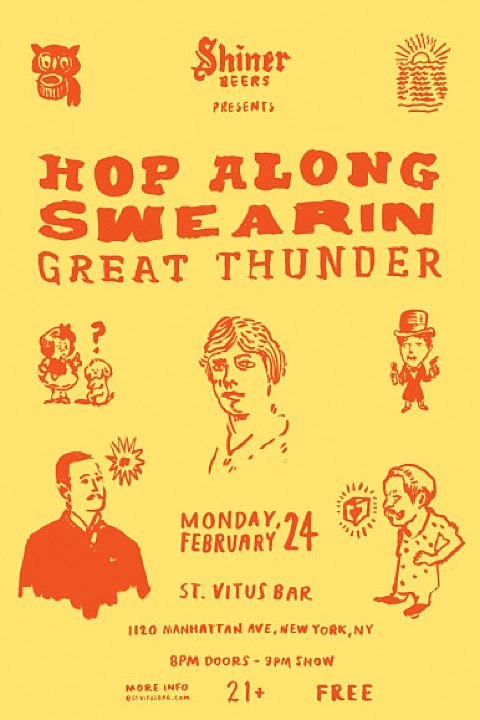