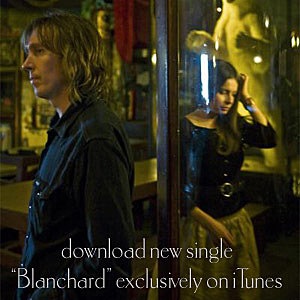 "Hope formed The Warm Inventions and released their first album called Bavarian Fruit Bread, in 2001. This album sounds little different in terms of theme, voice, and instrumentation from that of her work with Mazzy Star. Subsequently, The Warm Inventions released three EPs but received very little commercial success, one video on MTV, and very little radio play. Hope recorded a song, "Wild Roses", for a compilation CD released by Air France titled In The Air (2008). Hope and The Warm Inventions will release their second album, Through The Devil Softly, on September 29, 2009. In live performance, Hope prefers to play in near darkness with only a dim backlight." [Wikipedia]

As promised, Hope Sandoval and the Warm Inventions will be supporting their new album on a tour of North America this fall. All dates haven't been announced, but a few are being released here and there including October 10 @ Music Hall of Williamsburg and October 12 at Bowery Ballroom!! Tickets for the NYC shows are on sale Friday at noon. All other known dates below...