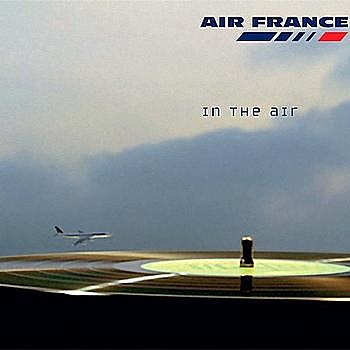 "Air France's first ever album features symbolic tracks already used on board the aircraft, plus three exclusive pieces composed especially for the occasion (Hope Sandoval, Telepopmusik and The Shoes featuring Kelly De Martino). For this next musical step, it was logical that the compilation take its name from the on board Air France music channel itself - 'In The Air'."

Six of the songs are streaming at MySpace including all three news ones. Most importantly...NEW HOPE SANDOVAL (also available for download above)

Hope is also supposedly (hopefully) going to appear on the new Massive Attack album ("The Weather Underground") coming out some time in 2009.