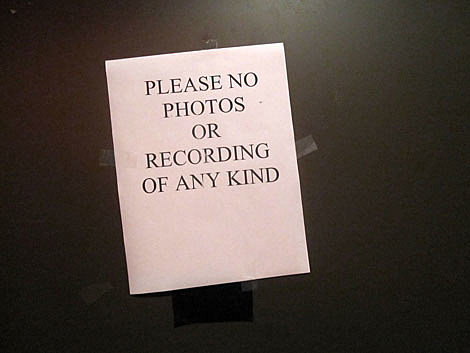 LA Weekly spent a considerable portion of their Hope Sandoval cemetery show review talking about the NO-photo policy. Now I know why. Hope Sandoval didn't just deny photo passes. She didn't just post warning signs all over the venue (see above). She didn't just have someone give a stern, pre-show announcement. Hope basically had her own security detail on hand to blind and humiliate would-be-photographers (and anyone near them) with flashlights. During the second song, one of the security guys actually jumped into the crowd and rammed through a group of people to stop someone.

Ironically the security was just as distracting as people who hold cameras over their heads, but all in all it probably made for a nicer show since I think everyone learned their lesson by song three... well (speaking of irony), except the people who were being paid to video the show. They blatantly moved around the crowd near the stage. One audience member got so angry that he started motioning towards the flashlight police and pointing at the video guy's head who was at that point right in front of him. I imagine he was mouthing something like, "Where are you now? Why is this even-more-annoying guy allowed to bother us with his camera???".

Speaking of filming the show, there was also a stationary video camera back by the soundboard. I asked someone after the show, and they said the footage is going to be used for music videos that will be released online soon, not for a DVD. I also asked if the photo policy was related to their own official filming, and they basically admitted that, "no, that would be Hope".

Speaking of Hope, she is of course the star of the show, the reason approximately 600 people packed into Music Hall of Williamsburg on Saturday night (10/10) (the first of two sold out NYC shows), and she can basically do and say whatever she wants and we'll still love her. Someone (a few people actually) yelled, "I love you Hope!", which was followed by one of her rare speaking moments: "If you love me, then get the people talking to shut up." (or something like that) After an awkward silence in the crowd, Hope followed that with something about sending those talkers... "to the corn"!! My new favorite line, I've already used it a few times since the show.

Irish band Dirt Blue Gene opened the night and then returned to play, along with My Bloody Valentine's Colm O'Ciosoig, as Hope's backing band (aka The Warm Inventions). They were a very capable band, running through 13 psychedelic songs (2 of which were during the encore) of the the dreamiest dream pop with Hope on xylophone, harmonica, and most importantly vocals. There were many highlights throughout the set. If I was better with song names I would mention more, but "Susanne" (the "hit" off the first record) was definitely one of them.

"The set was drawn mostly from her newest CD with a few from her first. What stuck out was "Trouble" off of the new CD. Yeah brah, that song was so erie live and had this sort of smokey sexuality to it. Speaking of sexuality, Hope had on a flower dress that was pretty short on her, I couldn't help from checking out her legs, but of course I restrained myself from looking up her skirt (I'm into her, but I'm not a creep either)." [Alex Caprio]

Um... No comment on that guy, but it's safe to say that there was plenty to look at during the show, not the least of which was the stunning visuals being projected on to a white sheet on the back of the stage, all seemingly-perfectly synced with the songs they were playing. I can't wait to see the videos (and the show again at Bowery).

There were a few technical issues - the mic in front of Hope's harmonica wasn't working at one point which caused her to get frustrated. She kept motioning at the sound person until she finally walked over to him (side stage), but I think the problems and funny moments only add to the show. If everything went perfectly, Hope would just stand there, quietly, do her thing, and then exit the stage as quickly as possible (which would be fine too).

Like in 2002 (when photography also wasn't allowed) (when Hope Sandoval & The Warm Inventions played two nights in a row at Bowery Ballroom), they didn't play even one Mazzy Star song, but like Anonymous said, it didn't matter. The new songs are great, as is most anything Hope sings on. For Mazzy, we'll have to wait for the reunion (side note: I was thinking how Hope is probably not that famous because everyone always used to think her name was Mazzy Star... "Hope Sandoval".. "who?"... "Mazzy Star"... "OHHHH".)

They do it again tonight (10/12) at Bowery Ballroom . A picture of the merch and the setlist from Music Hall (and a video), below...

it sold out after this poster was made 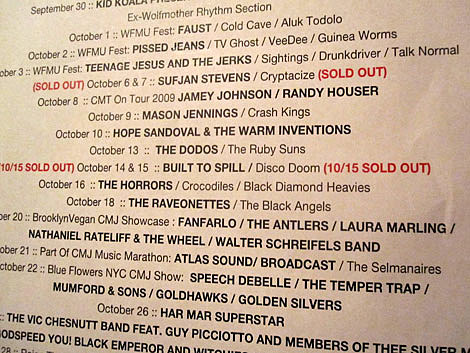 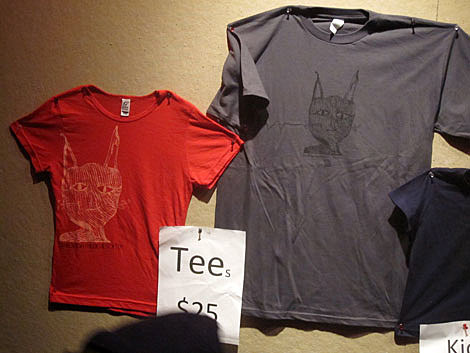 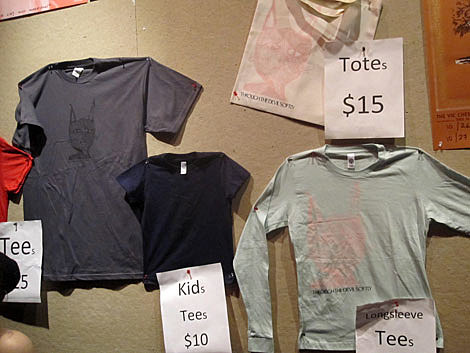 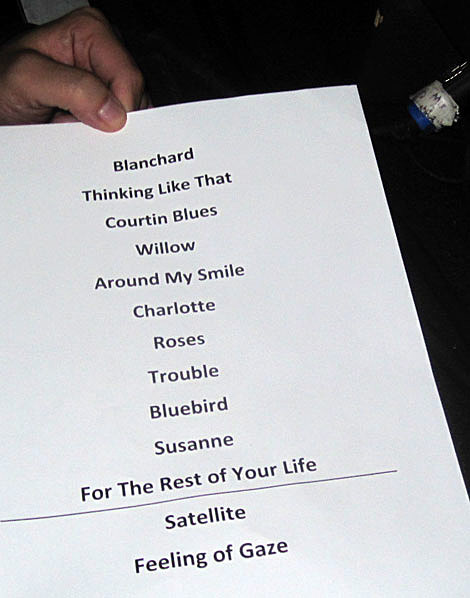