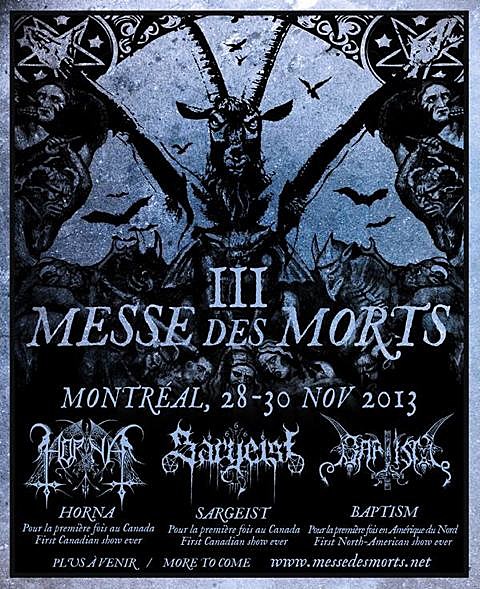 Have you ever wanted to see a ton of live black metal in a genuinely cold and grim northern land? Now you can. Details for Sepulchral Productions's third annual Messe des Morts (in English: mass for the dead) Festival have been emerging for the past few weeks, and it's shaping up to be a total doozy. The fest takes place at Montréal's Katacombes and Théâtre Plaza from November 28 through November 30. Unfortunately for us Americans, the first day of the fest conflicts with Thanksgiving, but fuck that. Having a family is not true.

Some highlights from the line-up:

The fest has yet to announce the full lineup or the day-by-day running order, but you can already buy three-day passes for $89 Canadian if you're so inclined. The full line-up is below.