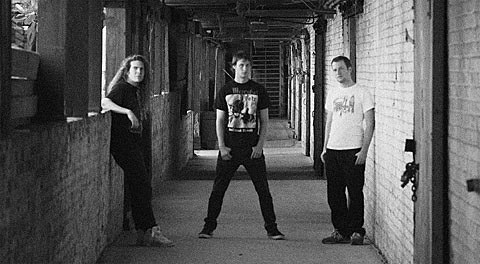 Horrendous walk the tightrope of wearing their influences proudly and carving their own path on The Chills, the band's debut full-length out today via Dark Descent.

Horrendous's well-received Sweet Blasphemies demo in 2010 showed the East Coast trio channelling/reimagining the early waves of death metal on both this continent and the EU, bringing to mind a marriage of the Swedish death invasion with American pioneers like the great Autopsy or early Death. If this record was released a few weeks sooner, I'm guessing it would be on the tip of DM-fans' tongues as a favorite of 2011, so keep a look out for 2012. It rips.

Stream The Chills in its entirety below, and order a copy on CD via Dark Descent now and on vinyl this spring. So far no tour dates to speak of, but we'll keep a look out.