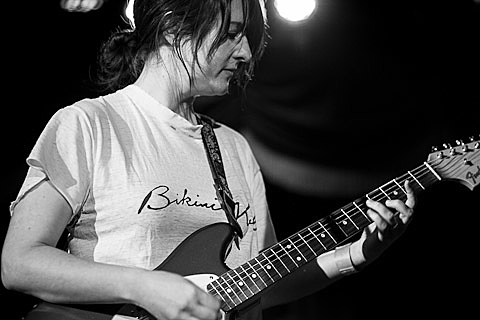 Superior indie pop band Hospitality are busy working on their follow-up to their 2012 debut which is inching up on two years ago. No official word on LP#2 yet or a tour, but Hospitality will be coming out of show-playing hibernation for CMJ. They'll play Glasslands on Saturday, October 19 with Philly duo Pattern is Movement and more TBA. Tickets are on sale now. Hospitality will also be DJing a Merge Records night at Ace Hotel on Wednesday, October 16. Details beyond that are still to be announced.

Pattern is Movement, meanwhile, will also play a single release party Philadelphia's Union Transfer on October 24. Tickets for that show are on sale too.

The video for Hospitality's "Eighth Avenue" is below.