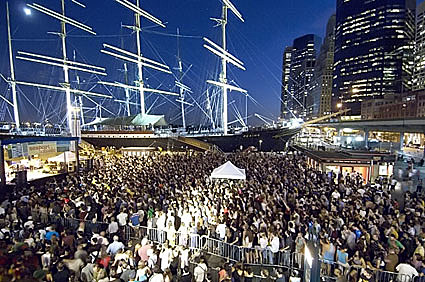 Ryspace has some MP3s from the show.

After touring all over Europe, Hot Chip are going on their first full U.S. tour in November. Wonderful Shy Child and Born Ruffians are playing on all or most of the dates. They're at Webster Hall in NYC on November 2nd, and they're playing Dave P's Making Time party in Philly the next day. All dates below...