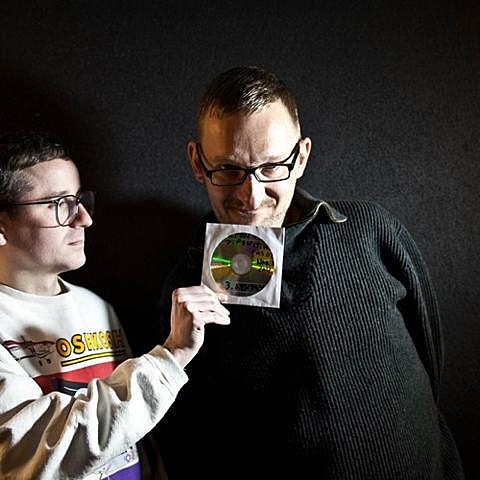 German electronic artist Justus Köhncke (of "Timecode" fame) has known Hot Chip since almost their inception, having been drafted to remix their 2005 breakthrough "Over and Over" and has toured with them in Europe. It was during thier joint treks that Köhncke Hot Chip singer Alexis Taylor started doing "sing-jay" gigs together. Out of that came an official pairing, Fainting by Numbers, and their debut single will be out on Moshi Moshi on April 15. The double a-side features a cover of John Lennon's "Watching the Wheels" and an original, "A Stone in the Ground," on the other. The latter which is country-ish in a Kraftwerk/Eno kind of way is streamable below.

Meanwhile, Hot Chip will be in NYC on April 9 for a show at Roseland Ballroom with Tanlines and Crystal Ark and tickets are still available.