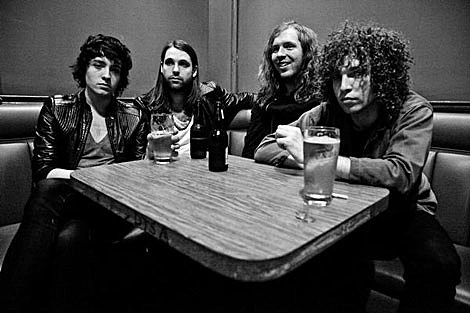 Hot Hot Heat (are still a band and) will be releasing Future Breeds, their their fourth record and first in three years, on June 8th on Dangerbird Records. They'll be playing all four Wednesdays in May at the relatively small Brooklyn's Public Assembly with The Willowz; other openers include Grooms, The Stationary Set and We Are Country Mice.

Tickets, which are linked below, come with a free t-shirt while supplies last... Besides a show in Calgary on April 15th, the Public Assembly gigs are the band's only scheduled upcoming shows. Videos of songs from the new album, ticket links & openers, and more are below...