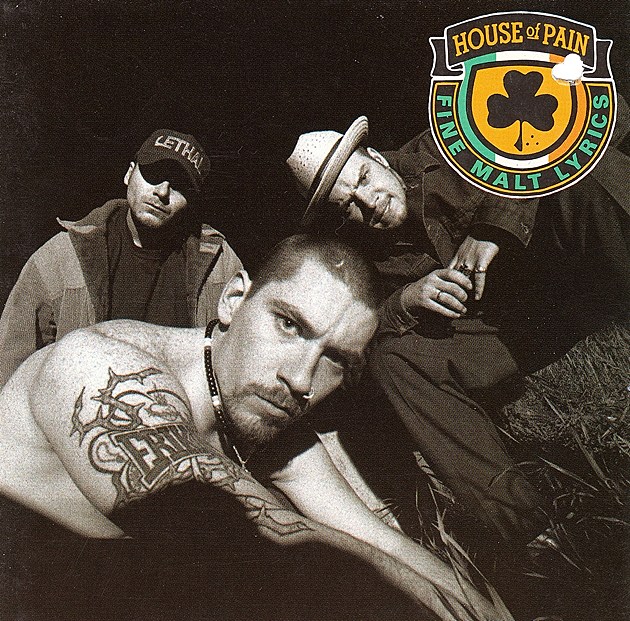 Veteran LA rap group House of Pain, best known for "Jump Around," are reuniting once again this year around St. Patrick's Day like they did in 2010. A few shows are announced, including Boston on St. Patrick's Day proper, followed by two NYC-area stops.

The NYC-area shows happen at Wellmont Theatre on March 18 and Irving Plaza on March 19. Tickets for those shows go on Live Nation/Music Geeks presales today (2/10) at 10 AM (passwords = "awards" and "musicgeeks"). General on-sale starts Friday (2/12) at 10 AM. All dates are listed below.

In other old-school hip hop news, production group Organized Noize, who famously worked with OutKast, Goodie Mob and more, are subject of a new documentary called The Art of Organized Noize which is premiering at SXSW. A week later the masses can see it too -- it will be on Netflix starting March 22. OutKast appear in the trailer, as do Future, Puff Daddy and more. Watch that below.

Another upcoming rap documentary is End of Malice on Clipse member No Malice. The doc includes appearances by his Clipse partner Pusha T and frequent collaborator Pharrell. It comes out on March 27 on Revolt TV, and there will also be a film tour which hits NYC on March 2 at AMC Loews 19th St. East 6. Tickets for that screening are on sale now. All dates are listed, with the trailer, below.

Tickets for the Freddie Gibbs show at the same venue also go on sale at noon.

For something newer, Iamsu, fresh off playing SOB's two weeks ago, returns to the venue on March 24 with Ishdarr, Stro and DonMonique. Tickets are on sale.