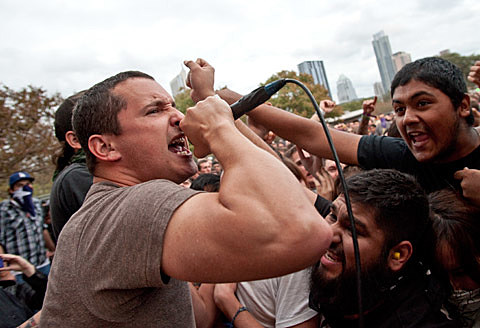 As discussed, House of Vans (25 Franklin St in Brooklyn) is returning for another free summer concert series this year, and like we said we would, we're now excited to announce the very awesome lineups for this year's series. We already knew Baroness and The Melvins would be playing on July 31 and the rest of the schedule is as follows:

All shows are all ages and free with RSVP. Doors for each show are at 7. RSVP for the Fucked Up/Title Fight/Hop Along show opens Tuesday, June 11.

Flyer for the 2013 series and a Spotify playlist of the artists playing below... 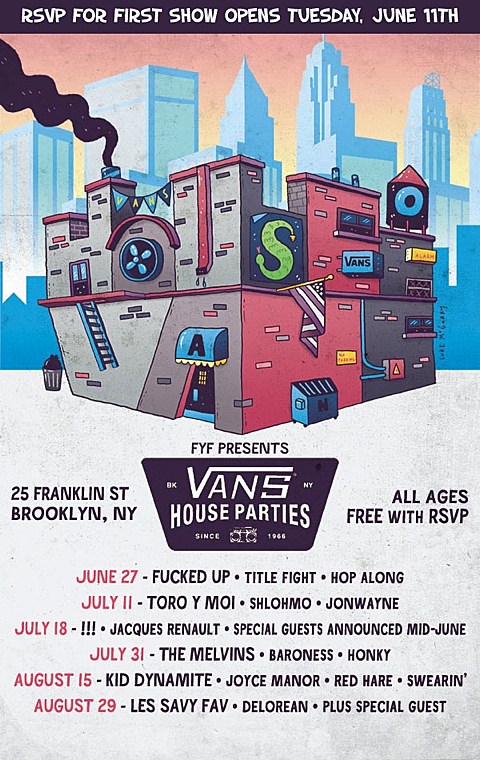