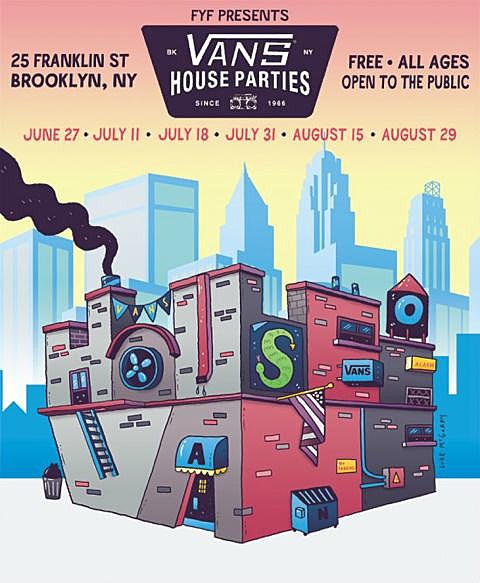 We knew that Baroness would be playing House of Vans with Melvins on July 31, but House of Vans have released dates for the rest of their free summer concert season. The other shows will happen June 27, July 11, July 18, August 15, and August 29. Any guesses on who will play this year? BrooklynVegan will have the exclusive entire lineup announcement next week. We saw it and are excited, but can't say anything yet. .Stay tuned!