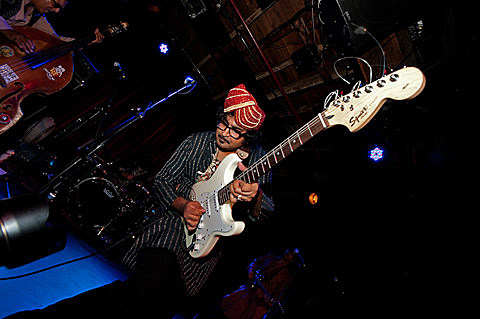 The full House of Vans 2012 free show schedule is up. The Greenpoint/Williamsburg space has already housed The Rapture and Tanlines this year, and we knew about the 7/12 show with H20, 7 Seconds and Tournament, but here's the rest of the summer's line-up, brought to you by the folks at FYF and the sneaker people:

The parties are free with RSVP (which hasn't been posted yet).

One thing you notice not on this list is Quicksand which was one of the big rumors of this year's VANS schedule. That either means that Quicksand will play somewhere else, or like the upcoming free Dum Dum Girls/Widowspeak show, it won't be part of this series of "House Parties."

The July 26 show is one of many local dates from NJ's Everymen who are also playing Pianos this Friday, July 6 as part of the CBGB Festival. (Advance tickets are on sale.) After the House of Vans show, the band will go on a short East Coast tour while putting the finishing touches on their new album New Jersey Hardcore which will come out in October on Killing Horse Records. All Everymen dates are below.