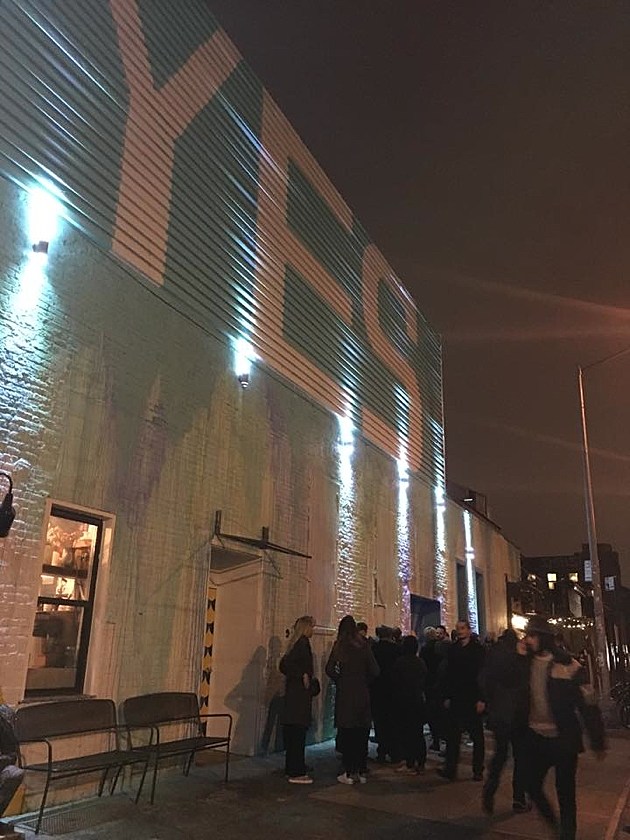 After a long road to finding a new venue, performance collective House of Yes's new space is finally up, running, and legal. After being unable to renew their lease at 342 Maujer Street back in 2013, the collective had been on the hunt for a new location, landing on a spot at 2 Wyckoff/408 Jefferson in Bushwick back in 2014. It now appears that they've finally gotten through all the red tape and are officailly up and running. As Bedford + Bowery writes:

It's been a long time coming, and even though House of Yes officially opened on New Year's Eve, the Bushwick performance collective's brand new (and impressive) space is finally complete, with all the the licenses and permits it ever dreamed of, and it appears to be running on schedule, no less. Kae Burke- the co-founder of House of Yes along with Anya Sapozhnikova- played host last night and, strutting across the stage in impossible heels and sequined bikini number, reminded the audience, "This is our first variety show in two-and-a-half years."

B+B also has some pictures of the new space up at their site. Check out House of Yes' upcoming schedule, including burlesque shows, a Bernie Sanders party, and more, here.

In other Bushwick nightlife news, Brownstoner reports that renderings were recently released for a new nightclub at 599 Johnson. The existing 13,866-square-foot structure is set to expand by 21,815 square feet and include three bars. There's one in the first floor, alongside offices, a restaurant, and performances spaces; one the second floor with a kitchen; and one on the roof. As that article points out, this is just one of a few culture projects planned for the non-residential area.