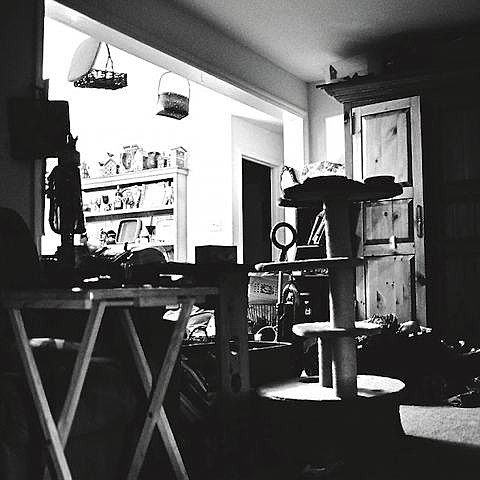 Brooklyn's Household have a new EP, Elaines, with six new songs in the band's minimalist, skeletal style. You can stream a track from it below. Another of the those songs, "Panorama," also appears on the new Beyond Inversion compilation that benefits Rachael's Women's Center in Washington, DC and it also features tracks from Perfect Pussy, Potty Mouth, Sadie Dupuis (of Speedy Ortiz) and 19 others. You can stream Household's song below too.

Household play a record release show in NYC tonight (12/6) at Death by Audio, and it's a strong bill all the way, with the poppy punk of Aye Nako, the gentle jangle of Air Waves and Sapphire Mansions. The show is $7 and proceeds go to benefit the Ali Forney Center which helps find shelter for homeless LBTG youth. Flyer for the show is below.

Household were also added to the previously discussed Parquet Courts show at Acheron (1/14). Amanda X plays too and tickets are still available.

Tonight's DbA show is also a release party for Sapphire Mansions, whose new mini-LP, Over America, recently got its vinyl release. If you have an appreciation for or are familiar at all with early '80s Cherry Red Records or Creation (especially Felt), you will probably dig their brittle, poppy, organ-driven sound. You can stream the EP below. 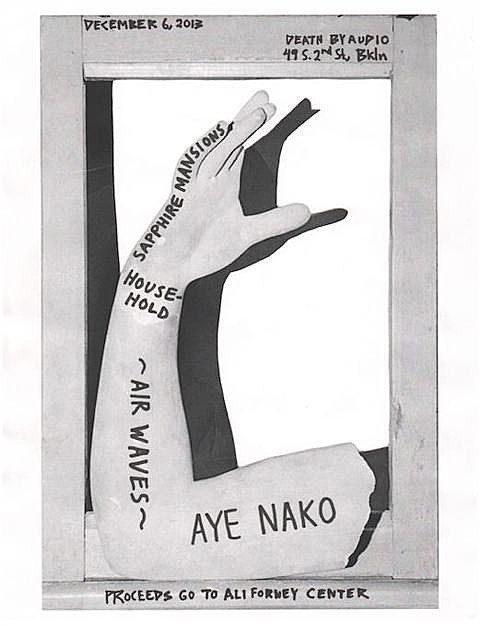