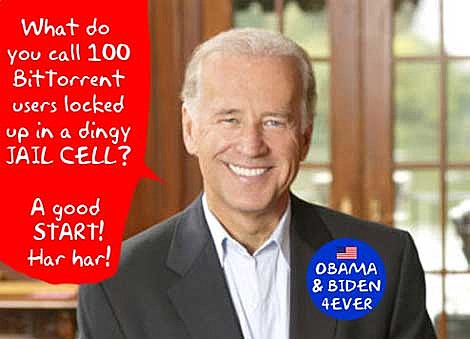 "There's no question America looks like it'll be an exciting and interesting place under Barack Obama.

But it's starting to look a little scary for the online world.

Joe Biden is already cause for serious alarm, but now, will Google get an amazing foothold in the new White House?

It's OK. Relax. We were just kidding about Bainwol. He voted for McCain, although you can bet he and other corporate entertainment cartel minions such as the MPAA's Dan Glickman are sleeping outside Obama's door, metaphorically speaking.

But could either Do No evil Google boss Eric Schmidt, who "conveniently endorsed Obama," or another Google employee, Vint Cerf, be named? - wonders CNet News." [p2pnet]