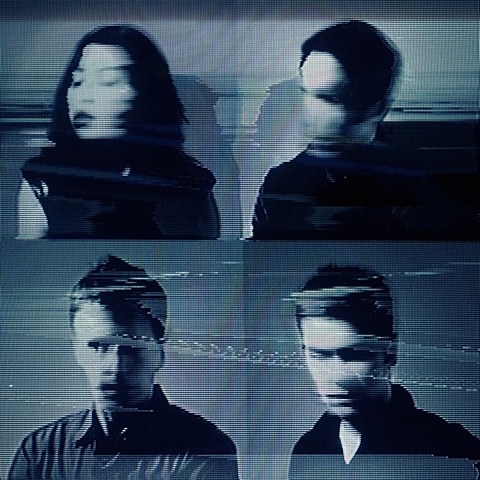 As mentioned, Trent Reznor's project, How to destroy angels_ will be going on a tour this April around the time they play Coachella. The tour comes to the NYC-area for shows on April 28 at Wellmont Theatre in Montclair, NJ and April 29 at Apollo Theatre in Harlem, and ticket info for the shows has been posted. Tickets for both the Apollo show and the Wellmont show go on sale Friday (3/1) at 10 AM. Presales begin Wednesday (2/27) at the band's tour page. More info on the presales is still forthcoming, but that tour page will be updated with new info as it comes and you may want to keep tabs on their Facebook as well..

The new How to destroy angels_ album, Welcome oblivion_, will be out on March 5. The band have also added a pre-Coachella show to their tour schedule, and updated dates are listed below.

In related news, Trent Reznor's other band, Nine Inch Nails plan to tour in 2013 and 2014 with a lineup that includes Eric Avery (Jane's Addition), Adrien Belew (King Crimson, Talking Heads, David Bowie, etc), Josh Eustis (Telefon Tel Aviv), and Reznor's NIN bandmates Alessandro Cortini and Ilan Rubin. No dates for that tour are announced yet, but Lollapalooza might be one of them.

Updated Htda dates are listed below...