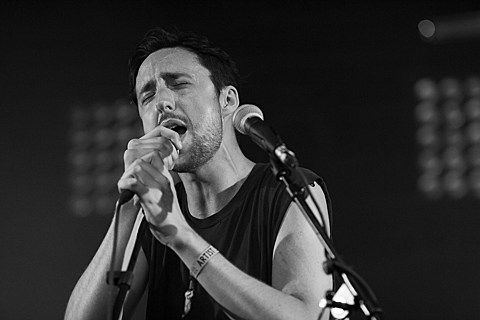 As discussed, How to Dress Well is playing one of the last-ever Glasslands shows on December 16, and it's since been revealed that he'll be appearing live in NYC the day after that too. On December 17 at Verboten, HTDW will take part in SPIN and Microsoft's The Connect Sessions, which "pairs groundbreaking artists across the worlds of music, digital design, and visual art to build one-of-a-kind, collaborative pieces of content."

The pairings include Ian Williams of Battles/Don Caballero with visual artist Ron Amstutz, How to Dress Well with multi-media artist Melissa Matos (TRUSST), and electronic musician Com Truise with videographer Deborah Johnson (aka CandyStations). The show goes from 8 PM to midnight, and is 21+. To get in, you have to RSVP.