How to Dress Well @ Glasslands in August (more by Erez Avissar) 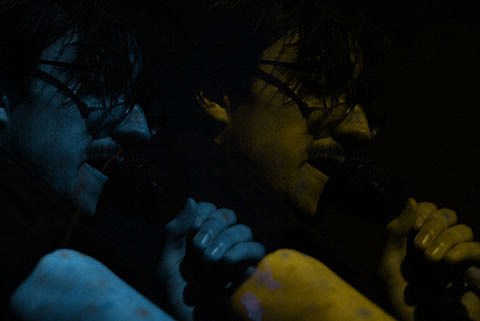 "One of the lessons of this past year is that there's surprisingly fertile ground to be tilled between D'Angelo and Avey Tare. Between them, stripped-down R&B and arty, slurry, ritualistic avant-pop privilege a similar kind of guilelessness. Both modes do impressionism well, and both have no problem letting vocals veer into the moans and murmurs one might hear at a séance. Differences abound, of course, but so do signs of fruitful communion-- among them Autre Ne Veut. A one-man act from New York (he prefers to keep his identity secret), Autre Ne Veut shares qualities and a scene with acts like How to Dress Well, Games, and, less directly, soul-aspiring indie bands from Bon Iver to Yeasayer. But Autre Ne Veut has something special. For one thing, every song on his self-titled debut is a marvel, each in its own way. For another, the way he steers his voice toward the eccentricities and extremes of R&B sounds disarmingly logical, natural, and heartfelt." [Pitchfork]

How To Dress Well (whose favorite records of 2010 include Burzum and Gucci Mane) will play a show with Autre Ne Veut (possibly with dancers?) at the Messiah Church in Brooklyn on Friday, January 28th. Tickets are on sale.

You can also catch Autre Ne Veut at a more traditional venues, at Pianos in Manhattan, on January 29th with Zambri, Laurel Halo and Mirror Mirror. Tickets are on sale for that too.