DOWNLOAD: How to Dress Well - "Ocean Floor for Everything" (MP3) 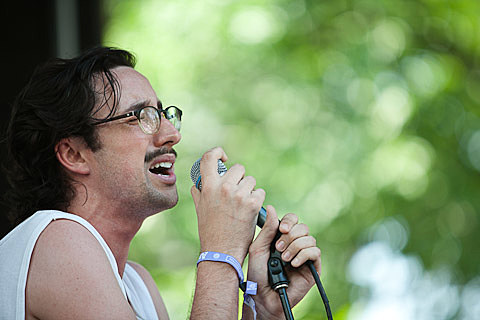 As mentioned, How to Dress Well (aka Tom Krell) is kicking off a tour with Babe Rainbow (aka Cam Reed) and Aaron Read this week which will see Tom joined on stage by Cam and Aaron at each show along with an opening set from Babe Rainbow. That tour comes to NYC for the previously discussed show at Public Assembly on Saturday (6/9), which Rimar also opens. Tickets for that show are still available.

But before that, How to Dress Well will play a "private" show on Tuesday (6/5) at 141 Chrystie with Elite Gymnastics (whose NYC debut at MHoW Saturday had some unintended glitches) and DJ sets by Physical Therapy, Shayne (of Hood by Air), Arca, and Babe Rainbow. Doors are at 9, show starts at 10. There will be a few tickets available at the door: $10 cover and access is very limited, so get there early. The flier for this show is below.

HTDW's new album, Total Loss, is due out this fall via Acephale. He recently revealed the title track, "Ocean Floor For Everything," which is in the same vein of ambient R&B as his 2010 debut LP, Love Remains, but with much clearer production and Tom Krell's vocals are pushed to the forefront. It's pretty great, and you can download it above or stream it below, along with a list of all dates. 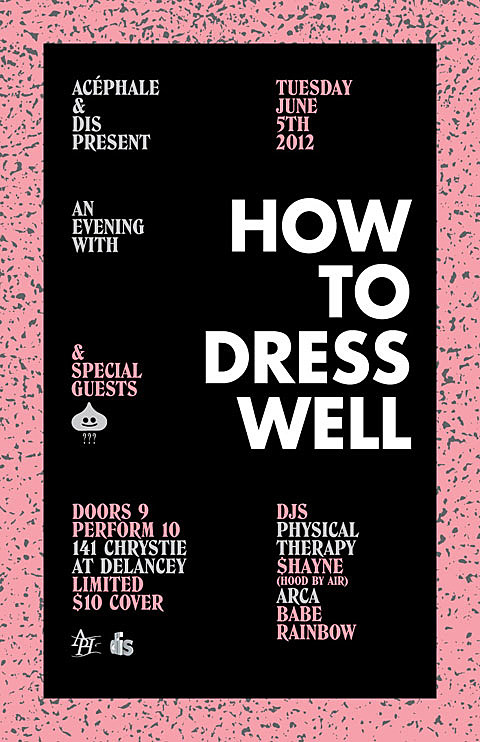