shoppers at Other Music on #RSD13 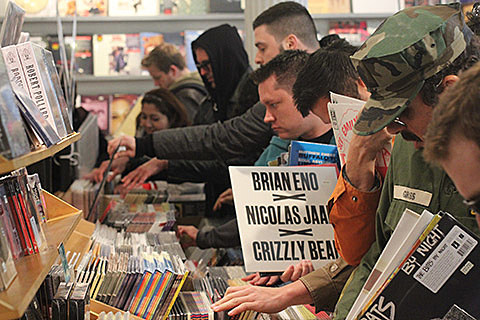 So how did you fare on Record Store Day 2013? I was surprised that I found most of my big wants, including Ty Segall's Ty Rex 2 (found at Academy Annex in Williamsburg), the Trouble in Mind four-way split and Stephen-Malkmus-plays-Can 12" (acquired at Cake Shop), the first two Orange Juice albums (Turntable Lab) and Pulp's "After You" 12" (Co-Op 87 at midnight). Did anybody spot the No Alternative reissue? That was the only thing on my list I didn't find.

The busiest store was probably Other Music which still sported a 40-person line to get in when I went by around 2:30 PM. Kim's still had a lot of exclusives left when I swung by around 3 PM, despite being open at 8 AM. Customer Service Award goes to the nice folks at Turntable Lab who actually came out and asked people on line what they were looking for and then pulled it for them!

I also enjoyed hanging out at In Living Stereo, which had free PBR and live performances from Alex Bleeker & the Freaks and Prince Rupert Drops. They didn't have the most RSD stuff, but they do have one of the better curated used sections I've flipped through in a while. Didn't make it to Generation for their in-store performances, but Andrew did and said it was a good time. (It was, Swearin' (pictured below) played an especially great set including some new stuff that I'm hoping means a new record is coming - Andrew.)

We've got more pictures from Kim's, as well a few from Other Music, plus a few shots courtesy of the BrooklynVegan Instagram, below... 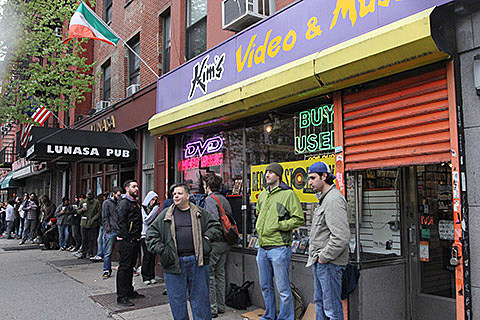 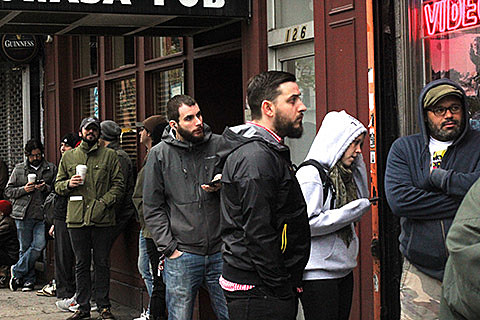 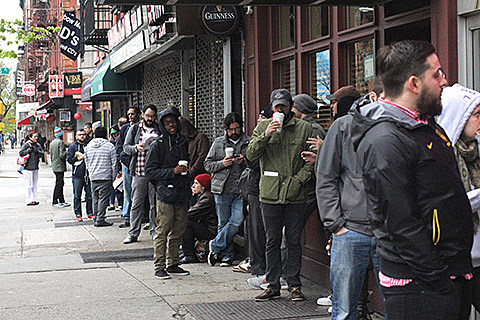 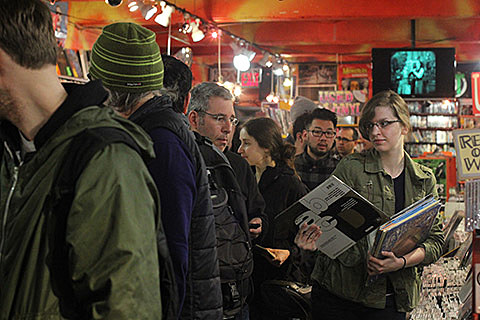 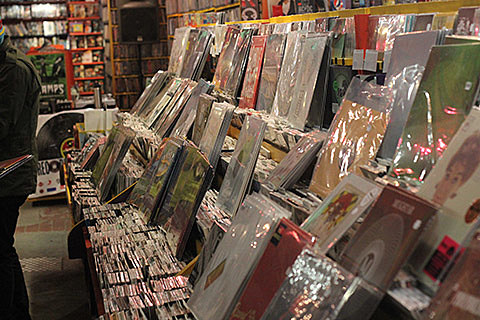 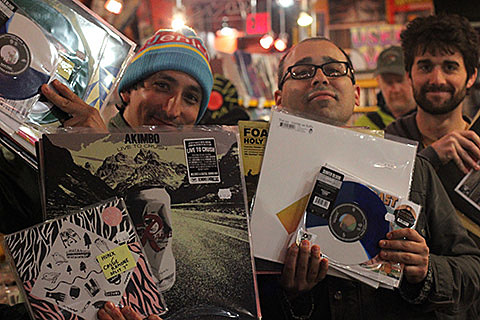 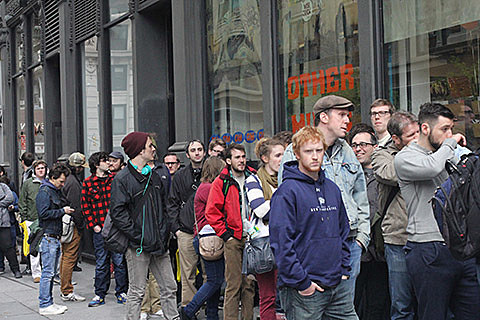 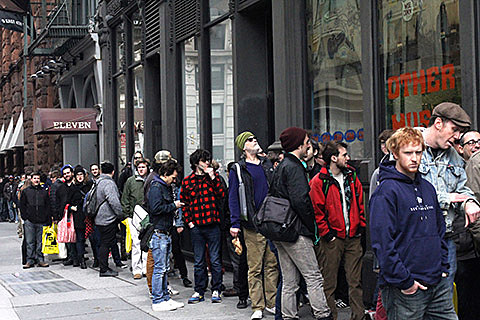 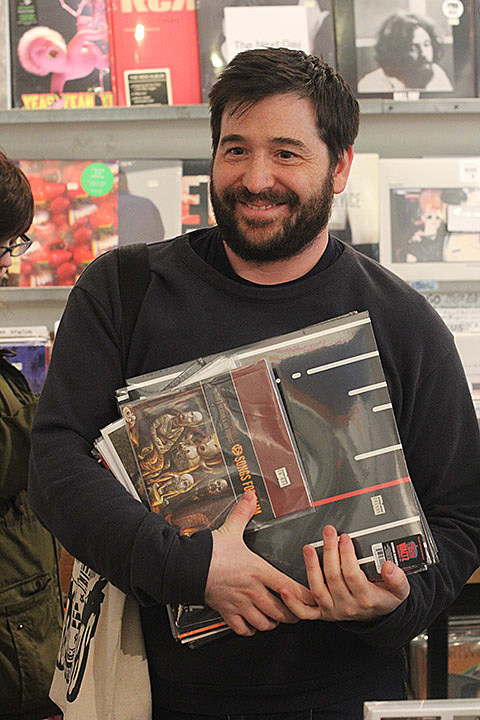 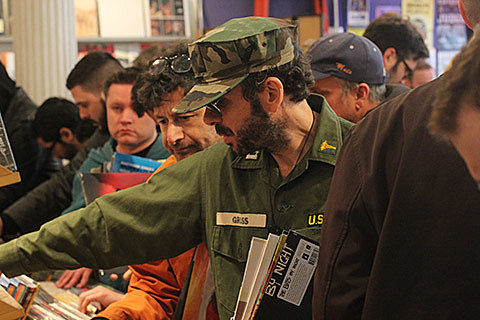 Co-Op 87 opened at midnight for RSD 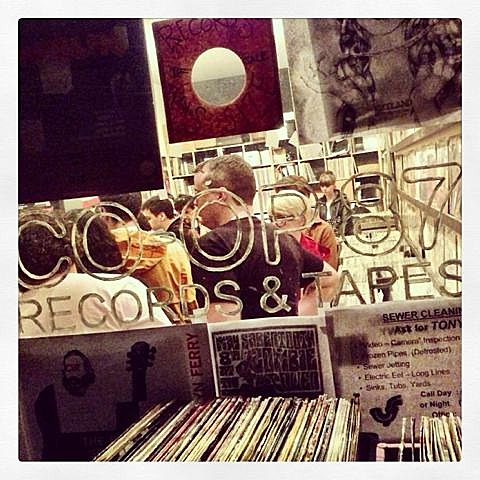 The line outside Earwax in Williamsburg, right before it opened 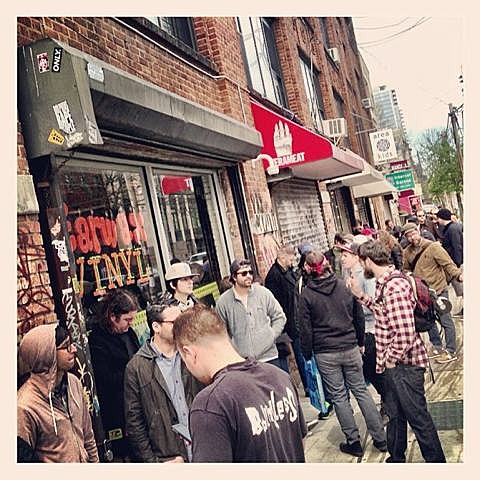 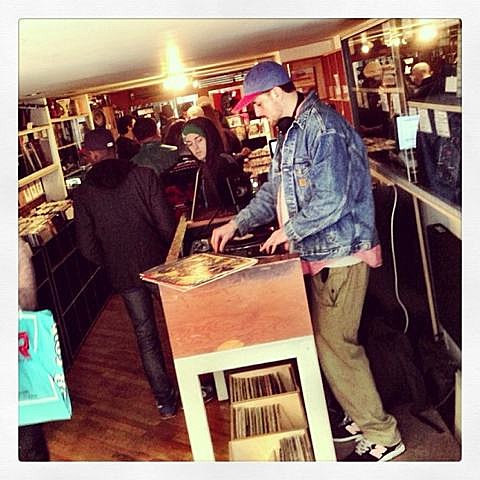 Alex Bleeker & the Freaks at In Living Stereo 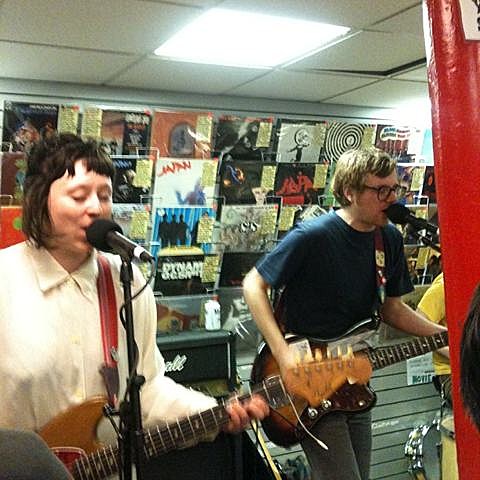