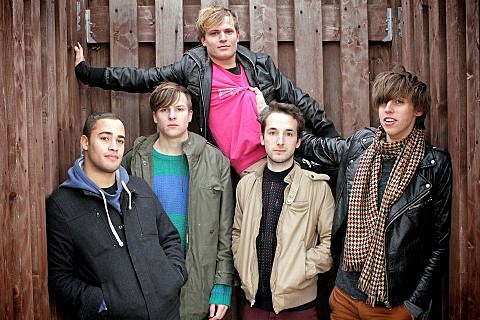 Welcome to the Stop SOPA edition of TWII. Do you know how hard it would be to do this column without free knowledge via the internet? It would be riddled with factual errors. More so!

Minneapolis underage upstarts Howler are in town playing a whole bunch of shows. The onslaught began last night with an in-store at Other Music (their album came out yesterday), and continues with: an early show tonight (January 18) with Happy People andTiberius,  January 19 at Death By Audio with Grooms andClouder, January 20 at Cameo Gallery with St. Lucia, and January 21 at Pianos with Dear Lions, Cemeteries, and The Everymen.

As mentioned, Howler's debut album came out yesterday and is titled America Give Up which kind of feels like a "just try not to like us" dare. Their sound -- a little Strokes, a little Jesus and Mary Chain, a little West Coast garage -- is indeed easy to like, even if there isn't much "new" about it. But the band have no shortage of hooks and a good dose of hard-to-fake attitude. As previously mentioned, ou can stream the whole thing at NPR.

Most of the hype is coming from the UK press who are still enamored with the Vaccines (with whom Howler's toured). I like Howler better than them and am going to make an effort to catch one of their shows this week. You should too, surely you've got one night free this week? 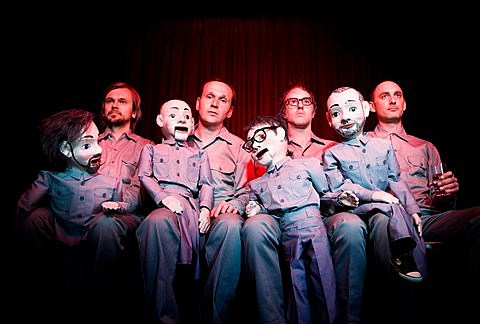 Also in town this week are Fugiya & Miyagi, playing Glasslands on Thursday (1/19) and Mercury Lounge on Saturday (1/21, sold out). The band have a new single out, "Ecstatic Dancer," that you can download at the top of this post. It's the kind of slinky, glammy stomper you could imagine Goldfrapp doing but with David Best's whispery vocals. No album attached to it as far as I can tell so it seems the single supports the tour, not the other way around as usual.

The band are also on the Power, Corruption & Lies Covered CD that comes with the February issue of MOJO, where the entirety of cover stars New Order's second album is covered by the likes of Destroyer, S.C.U.M. and Errors. Fujiya & Miyagi contribute a fairly wrote version of Side Two opener "Your Silent Face." (Stream it below.) The band are a good time live and are equally adept at both Neu!-style motorik and funky Can rhythms as you may already know. My favorite song is still "Ankle Injuries" but I'm looking forward to seeing them tomorrow.

Thursday's Glasslands show is with Zambri, who really impressed me at Glasslands last month, Rarechild and The Golden Filter on DJ duties. For Saturday's show at Merc, openers are Aimes, Jangulaand Dinowalrus. 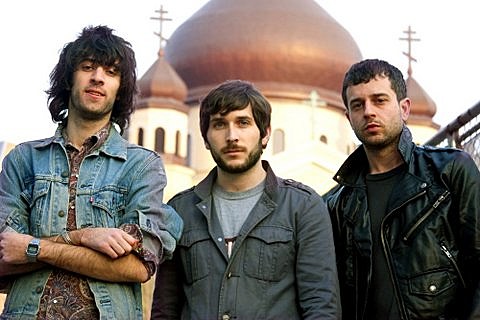 Dinowalrus' second album, Best Behavior, is due out March 6 on Old Flame records. If you haven't seen them in a while, the band dropped the dissonance in favor of a sound under the influenced of late '80s Manchester. While that means some danceable tracks, it also means atmospheric rockers like "What Now" which veers closer to The Chameleons or The Sound. You can download it at the top of this post. 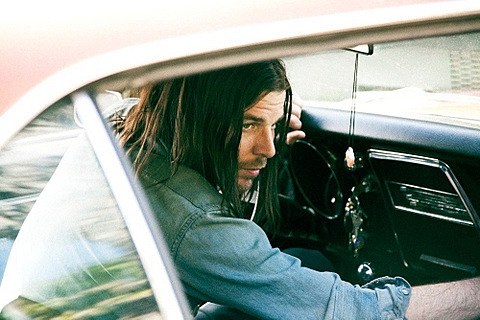 If you're looking for something a little more mellow, man, perhaps you should check out onetime Eisley bassist (different Jonathan Wilson!) Jonathan Wilson who is here for three shows this week. He's at Mercury Lounge tomorrow (1/19) for an early show and again  on Friday (1/20) for a late show with Quilt), and then hits the Rock Shop on Saturday (1/ 21).

Jonathan Wilson's Gentle Spirit made its way onto many Best of 2011 lists, coming in at #4 on MOJO's year end coverage. Pazz n' Jop notsomuch, only three votes, which landed it in a 21-way tie for #372. Mind you, Wilson's music -- which recalls the heyday of early '70s Laurel Canyon -- is prime fodder for a magazine like MOJO that has a Beatle on the cover at least once a year, but Gentle Spirit is a genuinely gorgeous album that exudes a West Coast vibe even in the coldest New York winter. Spotify users can listen to the album here.

This is the only picture on Pre War's Facebook 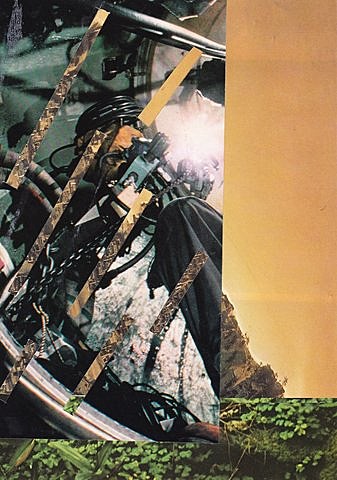 And finally, for many in New York the phrase "pre war" is code for "not many electric outlets and no sink in the bathroom" but maybe that will change with Pre War the rock band who have dusted themselves off from the recently defunct Conversion Party. Like that band, Pre War traffic in catchy, big-chorused indie rock. Check out "Out There" at the top of this post and you can listen to more at the band's Tumblr.

You can catch Pre War live Thursday (1/19) at Cake Shop where they play with Grand Rapids, Plates of Cake, and Hunny.

That's the big stuff for this week. Day-by-day picks not covered above are below. Fight the power!

Sharon Van Etten is at Mercury Lounge which if you don't have tickets, is sold out. She's got lots more shows coming up, though. Her new album, Tramp, is really good.

The Royal Baths and Steel Phantoms at are at Brooklyn Bowl for a mere $5. Royal Baths new album for Kanine, Better Luck Next Life, is out March 7 and you can check out a track from it at the top of this post.

Head to Santos for Midnight Magic, The Suzan, plus DJ sets from Punches, Nick Catchdubs, and Nick Hook at Santos. Free with RSVP.

The joy and wonder that is Toys and Tiny Instruments happens at Cake Shop tonight, with Hannah vs. The Many, Haley Bowery Band, Boy Girl Party at Cake Shop

For a great cross-section of local talent, you could do a lot worse than Ava Luna, Total Slacker, Caged Animals, and Osekre & The Lucky Bastards.

Remember The Cloud Room? Hey now, sure you do. Well they don't exist anymore but some of them went on to form Lavalier, who play Cake Shop tonight. Whether they sing with microphones around their necks remains to be seen. With Vensaire, Celestial Shore, and Rioux.

--
Tour dates, streams and videos are below.

Howler - "Back of Your Neck"