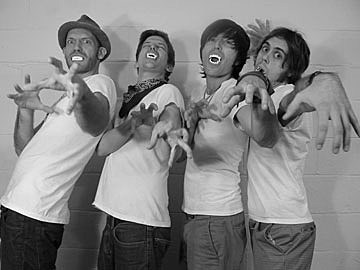 Atlanta band Howlies have some great demo songs now streaming on their MySpace. Not surprisingly, this band comes from the same neck of the woods as Black Lips, and one of their upcoming Atlanta shows is with King Khan & The Shrines. Their self-listed list of influences is a long one and probably sums them up pretty good:

Howlies LIVE at the Earl