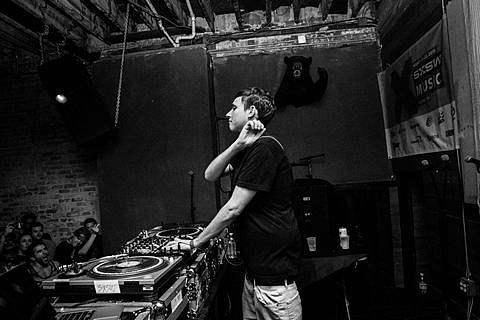 As announced in March, Scottish producer Hudson Mohawke is visiting the U.S. later this month, but now we also know that the May 28th NYC show at Irving Plaza in NYC will be the premiere of a new show. A press release reads:

All together these songs are just starting to hint the breadth of the forthcoming album Lantern, a masterclass in modern Hip Hop, Pop, RnB & Avant Garde Electronics from a producer who refuses to be pigeon-holed into one style, never playing it safe and continuing to push the boundaries of what people expect. But this month people will get to hear much more, and will also see Hud Mo debuting a brand new live show in New York & London. For the first time in his career - Birchard has formed a band to perform his music. Acutely aware that these perfectly engineered, massive songs deserve accurate translation to live instruments - this is the producer making a bold step into new territory to support an album that's exciting and crammed full of innovation.

Tickets for Irving Plaza are still on sale, and the entire tour (which launches this weekend in Chicago), is listed below.

Hud Mo also has a new video for "Very First Breath," and the song was recently remixed by Boys Noize (who plays NYC this weekend and is part of the just-announced 2015 Warm Up lineup). Check those out below too.