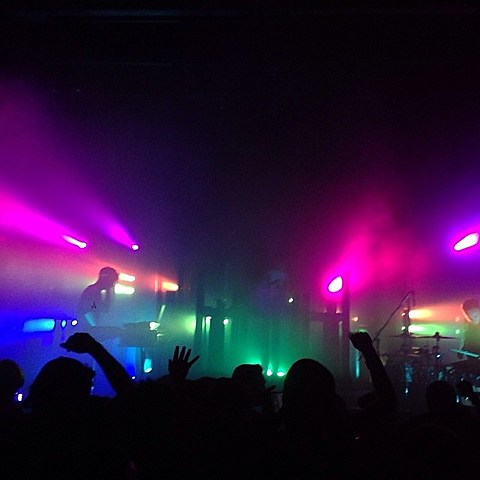 Scottish producer Hudson Mohawke brought his tour to NYC last night (5/28) for a show at Irving Plaza, where he debuted his new live show. It was his first show with a live band, and here's how show presenters Noisey described it in their review: "It was, for the lack of a better slang word, lit. We would've included fire emojis in our headline, but that's unfortunately technology we don't have available just yet." Maybe someone should get on that. Check out a video from the show below.

HudMo has other shows coming up, including a few recently-added festival appearances like Fun Fun Fun Fest (with Venom, NOFX, D'Angelo, Dag Nasty and others) and Pitchfork Paris (with Beach House, Deerhunter, Rhye, Spiritualized, and more TBA). Updated dates are listed below.

HudMo also recently debuted a lot of material off his upcoming Lantern album on Benji B's BBC Radio 1 show, including his Antony collaboration, "Indian Steps." You can listen to the "Hudson Mohawke Album Special" here.