Yeasayer in the woods (via their recording blog) 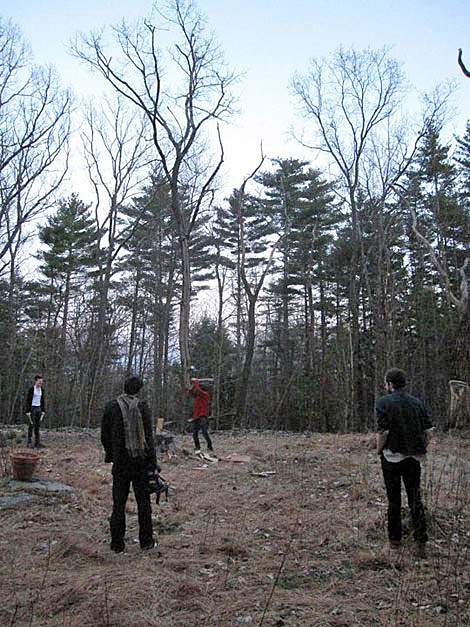 With the Hudson River and the setting sun as the backdrop of its Pier 54 stage (at 14th Street), RiverRocks kicks off its three-date series Thursday, July 9 featuring Brooklyn's Matt & Kim with the Chicago-based electronic team Flosstradamus opening the evening....

RiverRocks is Hudson River Park's signature concert series staged on the Pier 54 waterfront adjacent to New York City's Meatpacking District (at 14th Street). Gates open at 6 p.m. for all RiverRocks shows, which are scheduled to begin at 7 p.m.

I've been waiting for Ted Leo to announce a summer show. The dates of the three free, outdoor concerts is below...

Thursday, July 23 - Ted Leo and The Pharmacists, with Radio 4, and Extra Golden

Flosstradamus are also playing Studio B in Brooklyn on July 10th.

Ted also has dates in NJ and other places.