Hull at The Studio at Webster Hall (more by Markus Shaffer) 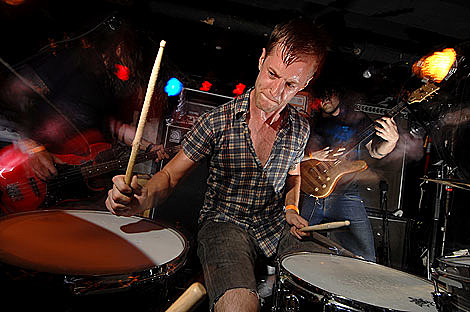 Now that they're finished beating down The Studio at Webster Hall with their 100db riffs, Hull will headline Ace of Clubs TONIGHT (7/20) as the band teams up with Iron Tongue (featuring CT and Reid of Rwake), The Dirty Streets and Flaming Tusk. Doors are at 7PM and $8 gets you in.

The Charleston will also host a deathgrind extravaganza tonight with the great Flourishing supporting Japan's Infernal Revulsion with Andromorphus Rexalia and Shiro-Ishii providing support. $8 gets you in that show as well.

Ace of Clubs will go two nights in a row with the brutality as well, as the venue will host another metal show Wednesday (7/21). As previously discussed, the great Apostle of Solitude will bring the doom to the venue alongside headliner Beauty Apes, Kings Destroy, Archon, and Alkahest. $8 gets you into the rage.

And last, but certainly not least, a reminder that the great Earthride and Valkyrie will play Ace of Clubs on August 7th as part of a larger tour for the duo. The Resurrection Sorrow will support.

Tour dates and some video is below... 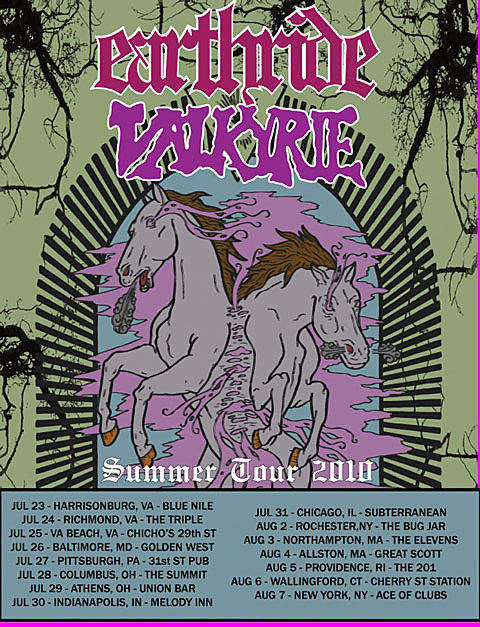 Apostle of Solitude - The Messenger (Live)

Earthride - "Fighting the Devils Inside You" live in DC